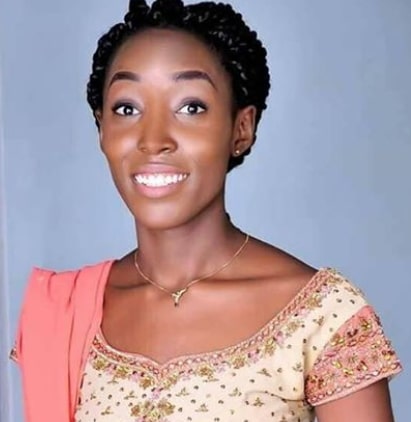 Blood-stained corpse of 20-year-old Oluwaseun Ajila, a model and the only child of her 60-year-old mother was recently found inside Ajila’s room. The discovery has continued to fuel suspicions that she was a rape victim. HAKEEM GBADAMOSI, however, reports efforts of the police to get to the root of the incident.

Men of the Ondo State Police Command have commenced investigation into the death of a 20-year old model, Oluwaseun Ajila, who was found dead in her room at Mary Labake Street residence, Off Ijoka Abusoro, Akure, the state capital..

While the police are making relentless efforts to piece together the puzzle behind the killing of the Biology graduate of Adeyemi College of Education, Ondo, family sources revealed that she was the only child of her mother before she met her gruesome death.

Further findings also revealed that the deceased was allegedly raped even though she was on her monthly menstrual circle. The source pointed an accusing finger towards Oluwaseun’s former boyfriend, Ebenezer Adedimola, over the dastardly act.

Explaining her suspicion, the family source said Ebenezer and Oluwaseun had parted ways for some time until Ebenezer suddenly called Oluwaseun’s mother, Mrs Yemisi Ajayi over four times on the fateful day asking for her whereabouts.

The duo were said to have parted ways following Ebenezer’s constant request for sex which was turned down by Oluwaseun, who always persuaded him to wait till they got married because she was not ready to lose her virginity.

It was gathered that when the mother noticed the strain in the relationship, she called her daughter, who explained her stand to her mother. The mother mediated and advised Ebenezer to wait for her daughter since that was her desire.

The source also disclosed that apart from that, Oluwaseun complained about her boyfriend’s association with “Yahoo Boys” which according to her, was immoral but Ebenezer denied being an internet fraudster but only have “Yahoo boys” as friends. Since it was impossible for Oluwaseun to stop Ebenezer from such associations, she decided that they parted ways.

The deceased’s mother, who had separated from the deceased’s father, was in shock to meet the body of her only daughter in a pool of blood after which she raised the alarm and fainted but was later revived at the hospital.

An eye witness who spoke with Nigerian Tribune, said: “The deceased’s mother returned from work, and met her daughter’s lifeless body on the floor in the pool of blood and immediately called the attention of the neighbours to it.

“There were different wounds on her body which indicated that someone must have fought and struggled with her inside the room and stabbed her to death. She was stabbed twice on the neck and very close to her private part.”

She said further, “the knife used in killing the girl was found under her bed in her apartment. Besides, the pad with blood stain was found under the bed which shows that she was menstruating when she was raped and killed.

“It was also discovered that she has prepared to eat noodles before she was murdered as the noodles and water were found on her table in her room which showed that she was about to eat when the assailants came.”

The source however said Mrs Ajayi, the mother of the deceased had not returned to the house. She said, “They have always been like Siamese twins, and we all understand the reasons for this. Seun is her only daughter and the bond between them is inexplicable.

The state police command has since arrested Ebenezer as the prime suspect following his suspicious calls to the mother of the deceased on the fateful day the lady was killed.

Confirming the incident, the Police Public Relations Officer (PPRO), Mr. Femi Joseph, said: “On October 4, 2018 about 2010hrs one Mrs. Ajayi Yemisi, female, age 60 years of Mary Labake Street, off Ijoka Abusoro, Akure, reported at ‘B’ Division Police Station that at about 1800hrs of same day, when she came back from work, she met her daughter, one Ajila Oluwaseun Motunrayo, female, aged 20 years of same address, lying dead in the pool of her blood.

“On close observation, it was discovered that she was stabbed to death by an unknown assailant. One Adejimola Ebenezer her boyfriend, age 22 years of 62 Canaan Land, Ijoka, Akure was arrested as the complainant claimed to suspect him as a result of his frequent phone calls to know the location or whereabouts of the complainant a few hours earlier”

But Ebenezer denied having anything to do with the killing of his former girlfriend, although he confirmed calling the mother of the deceased repeatedly on that fateful day. He said it was to know the welfare of his ex-girlfriend and not to kill her.

The circumstances by which Oluwaseun was killed attracted the state government’s attention with Governor Rotimi Akeredolu directing the police command to fish out and prosecute the killers of the girl.

The governor, who sympathised with the bereaved family, assured them that his administration would support the police to fish out the perpetrators of the dastardly act saying “Let Seun’s killers be aware that they will be fished out wherever they are hiding.”

Akeredolu urged youths to rededicate themselves to hard work, and shun acts that are capable of truncating their future, promising that his administration will continue to implement policies that will create the enabling environment for the youths to prosper.

“This government is committed to his administration’s mandate of protecting lives and properties of every resident in the state. Ondo State is not a haven or safe place for criminals and their backers to carry out their heinous crimes. It is either they change from their evil ways or the long arm of the law catches up with them. Let Oluwaseun’s killers be aware that they will be fished out wherever they are hiding,” he said.

The governor also urged youths in the state to shun acts that are capable of truncating their future and embrace hard work, with the promise that his administration will continue to come up policies that will ensure better future for them.