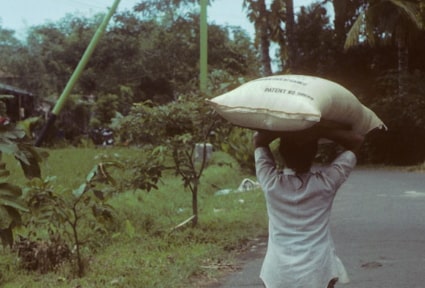 A mother identified as Iya Ayo tied up her son in a sack for four days in Fesojaye community in Osogbo, the Osun State capital. It was gathered that the mother shoved the sacked child into her wardrobe before police rescued the boy on Sunday morning.

The woman was said to have left the boy inside the house and went to church when a neighbour fumigating his surroundings heard him crying for help.

A resident told The Nation that the boy, accused of being possessed of an evil spirit, stole a pack of biscuits, adding that the boy was bound hand and foot before being put in a bean sack.

Chairman of the community, Alfa Shakiru Gbadegesin, confirmed the incident.

The boy’s mother was said not to relate much with anybody in the community.

Gbadegesin said when the woman was away at a church her neighbour was wondering what could be happening inside the house.

“They came to me and I ordered them to report at Oke Baale police station which they did and from there, the police picked the woman up from the church so that she could open her door for police to see what was wrong.

“She opened the door and police found the boy tied up inside her wardrobe. When the boy was untied, he appeared so pale that we had to give him milk. If we did not intervene on time the body would be died.

She was arrested by the police.

At the station, they asked her why she tied up her child and put him in a wardrobe, and she said the boy was possessed and stole a lot.

The police also asked her if the boy had a father. She said that the boy was three months old when the father wanted to use him for money ritual and she had to run from the father.

“The police told us that they had to do further investigation into the matter and we all had to leave the station. But in the evening on Sunday, she came back home from the police station with the boy.

“The woman’s pastor told us that she had been warned by police.”