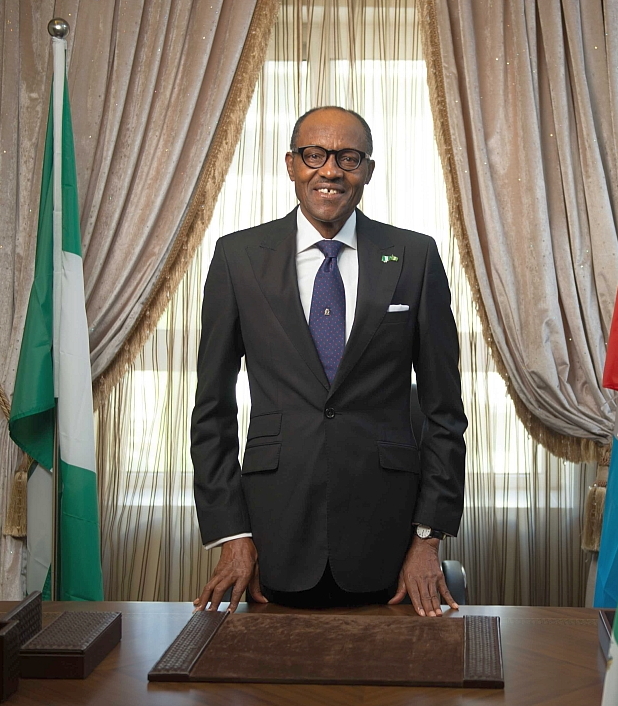 Incumbent President Buhari has barely been in office a year and already the hawks have got their knives out for him.

He can’t govern the country. He’s always flying abroad on state visits. The price of oil has plummeted, the Naira is freefalling in value by the minute and everything cost more than it did last year.

And it’s all his fault….

The opposition is having a field day mocking his mediocre achievements citing he’s more interested in chasing corrupt politicians than actually running the country.

It always easy to criticize. Running a country like Nigeria, is not an easy task; there three major tribes and thousands of sub-tribes. There’s the Muslim North and the Christian South. There’s problems with Islamic militants in the North and eco-terrorists in the Delta states and that’s not counting a thousand and one more problems too numerous to mention.

And the responsibility of keeping everybody and everything happy and working in perfect synchronisation lies on the shoulders of one man. And for this man to be able to discharge his duties as the President of the Federal Republic of Nigeria, effectively, he needs just one thing – MONEY!

As we all know money makes the world go round and the lack of it means that nothing gets done- you can’t pay workers, can’t commission new projects or overhaul existing ones, debts pile up and the domino effect carries on down to the poor man on the street who suddenly can no longer afford to buy a loaf of bread.

The Buhari administration, unfortunately, inherited a country on the brink of bankruptcy, its coffers openly looted and emptied by the preceding administration. To make matters worse anticipated income from oil sales has dropped due to a glut on the world market.

So you’re the President with a large country to run, a budget to implement, wages to pay, people to feed and defend, capital projects that need to be built, structural infrastructure that needs to be overhauled and upgraded and you have no money in your central bank to do anything, what do you do?

You can hardly go the way of Zimbabwe getting your central bank to print more and more currency until it becomes as worthless as toilet paper, leading to hyper-inflation. You have to find real raw cash that has value.

Crooked Nigerian politicians, in the past, have stolen billions and billions of Naira of public funds. For those who think the Presidents anti-corruption drive is a throwback to when he was a military dictator out on a witch hunt should think again. Lai Mohammed recently said that 55 Nigerians stole over N1.34 Trillion Naira in 8 years of public funds- now that’s a lot of MONEY!

Now some money is better than no money so if his current ant-corruption drive can claw some of it back it’s a start – half of the amount stolen can pay all current civil servant salary arrears in the country! So every effort should be made to bring all corrupt politicians to justice.

There are also others who want to paint the President as a modern day ‘Ajala-travelled-all-over-the-world’ for his frequent trips abroad which are deemed wasteful and useless.

For those who are not aware of the Presidents job description, one of the things he’s required to do is travel abroad frequently to bolster the country’s image whilst at the same time building new economic and political ties with other nations. So for all those who don’t understand he’s not actually busy accumulating Airmiles!

Change doesn’t happen overnight, as most Nigerians would dearly love to happen. It takes time and considering the state of the nation left by the preceding government it will take years to get the country back up again.

To get the country back on its feet again will take an incorruptible leader with an unblemished record and the nerves and decisiveness of a military commander: Buhari has both.

Clearing up corruption is not easy and can only be done by a President who’s not corrupt himself. Making tough decisions that will not endear him to the populace requires someone with a strong disciplined mind. And that strong disciplined mind is what is also required to deal with wayward politicians and hanger-ons.

To clear up the mess left by the previous administration will take years. Without any doubt there will be a rise in inflation, poverty, unemployment and other things. It’s all, unfortunately, part of the clearing up process.

For impatient Nigerians who are looking for someone to blame for their current woes look no further than those who got us into this mess in the first place, not the person who just got the barely nine months ago.

So leave the man alone and let him carry on with the good job he’s already doing, unless, of course, you want to see the return of ex-President Godluck(- the’ ineffectual buffoon’ as the Economist recently referred to him) and his out-of-control looting mob who plunged the country into this mess in the first place.