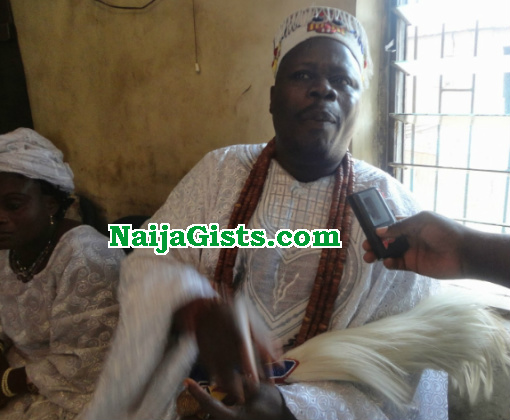 “My Husband Is A Member Of The Ogboni Cult, Separate Us Before He Kills Me” – Wife Tells Court

Tomilola Ogundele, a 35-year-old housewife today asked an Ikole Customary Court to end her marriage of 16 years over threats to her life.

She alleged that her husband, Olanrewaju Aluko is threatening to report her to his fellow Ogboni cult members again 4 years after the cult summoned her.

Ogundele filed for divorce on the grounds of alleged “threat to her life, no rest of mind, non-payment of her bride price and lack of care for her and the three children of the union.’’
She further prayed the court to order the defendant to pay all outstanding maintenance allowances and school fees of the children.

The plaintiff, testifying on Thursday, during the court session, alleged that Aluko had previously accused her of flirting with her ex-boyfriend.

She said that he then reported her to the members of the Ogboni cult who summoned her to appear before it in 2012.

Mrs Yemisi Ojo who presided over the case adjourned it to July 11 for further hearing.

She ordered the defendant to produce some members of his cult in court next month as witnesses.