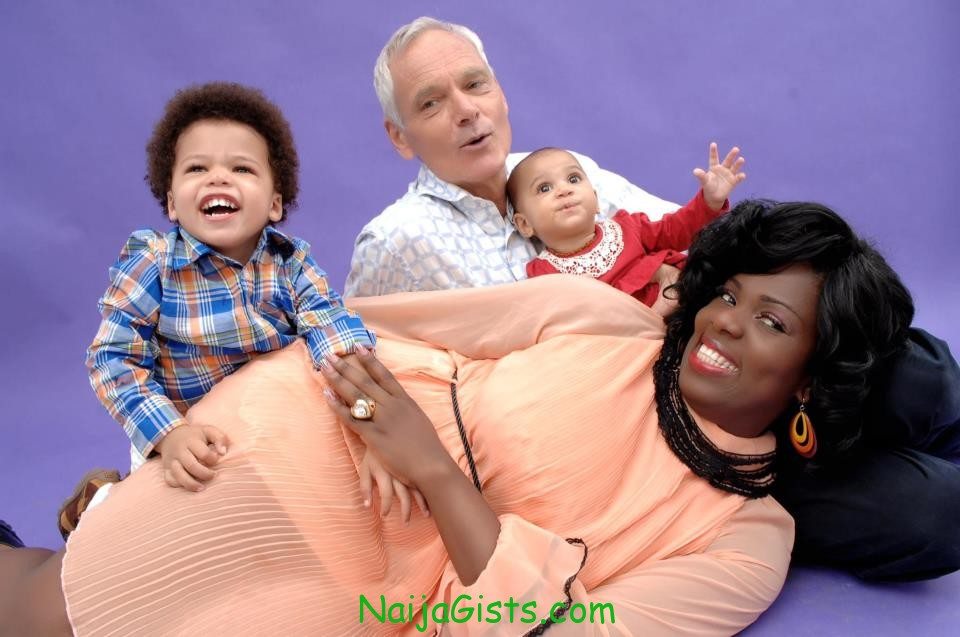 Do you remember the ever bubbly and cheerful Nollywood actress, Anita Hogan,who stole the hearts of movie lovers few years ago with her acting prowess. naijagists.com

The dark skinned and talented movie actress went off the scene after her celebrated marriage to her Dutch lover,a union that has produced two adorable kids. 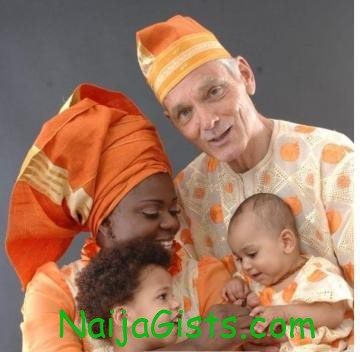 Five years after her long absence from the profession she not only turned into a hobby but also rose to stardom in,with her dexterity,the University of Uyo Theatre Arts graduate,and a master’s in International Law and Diplomacy,she is aimed to take her craft a notch higher.

The ebony skinned mother of 2 has returned in a big way with her new soap titled Koko’s Diary and a new project also in the offing.

In a recent interview,she opens up on her marriage.

I didn’t even believe I could end up with a white guy.It just happened.I don’t know about white guys being more romantic because my husband is not romantic. He is more of a realist and he is always very realistic about his feelings.

Am attracted to his openness,and the fact that he is very rugged man.We started as friends,then got closer and we later got married.

He is also a very amazing father,I admire the way he cares for his kids.He is also very loving but not romantic.

I am very grateful to God for him.

He has 3 children from his marriage to a Dutch lady.He was married and the union produced 3 children who are all grown up now.

When I introduced him as the man I want to marry to my parents’,the reaction wasn’t that dramatic,I come from a very enlightened family so they had no reservations about my being married to a white,it’s my happiness that counts.

The only worry was just the age difference because my husband is much older than I am.

When asked,having been off the scene for a long while now,how do you plan to relaunch yourself into the movie scene;she said Well all I am out to do now is basically creating opportunities for myself rather than wait for people to create the opportunity for me.And I have already started work on that.

Whatelse do you expect from him, he is getting old now. I beg no blame him o, the baba is close to expiration