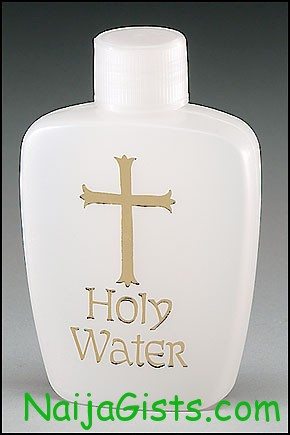 Police are currently investigating a Harare church which claimed to be affiliated to the controversial Nigerian preacher, TB Joshua, after scores of people reported to have paid thousands of dollars for trips to the West African country which never materialized.naijagists.com

The church, which is based in Sunridge, Mabelreign, allegedly promised members trips to TB Joshua’s Synagogue Church Of All Nations (SCOAN) which is headquartered in Lagos.

TB Joshua is reputed across Africa to have mythical healing powers which has seen thousands of people from around the world with various personal problems and ailments flocking to his church.

Claiming to be operating under the express direction and instruction of TB Joshua, the Harare church was also selling bottles of “holy water” allegedly used by the preacher for his healing sessions.

Dozens of desperate people seeking a quick solution to their life problems were shelling out up to US$50 for a bottle of the “miracle water” which TB Joshua is said to give out for free.

But the scam was exposed after TB Joshua issued a statement distancing his organization from the Harare church, forcing its members to rush to the police in a bid to recover their money.
Harare provincial police spokesperson Inspector James Sabau confirmed investigations were underway.

Some arrests have been made but sources close to the developments said the scam’s masterminds – a Dutch national known only as Eric and a local woman, Shaleen Manhiri – fled the country when their cover was blown after attracting huge numbers of followers within a short period of time.

TB Joshua has divided local opinion following reports he would attend national prayer meeting scheduled for May 25 at the invitation of MDC-T leader and Prime Minister Morgan Tsvangirai.