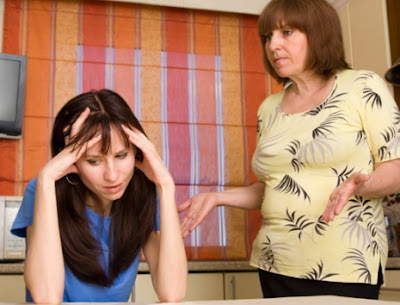 A Customary Court in Lagos today dissolved the 15-year-old marriage between one Dapo Ashorobi and his wife, Titilayo, over constant abuse and assault by the latter’s mother-in-law.

The President of the court, Mr Awos Awosola, ordered the dissolution of the marriage after concluding that the union had broken down irretrievably.

The petitioner, Titilayo, had earlier informed the court that she could no longer stay in the marriage because of the constant abuse and assault of her mother-in-law.
The 32-year-old trader said that her mother-in-law had turned her husband into a “simpleton” and was the one controlling their home.

“My husband and I have been married for 15 years and we are still staying in his family house where his mother also lives.
“There has been constant trouble because of my mother-in-law’s presence in our home.
“My husband takes directives from his mother about how to manage his home.
“On several occasions, my husband will not eat the food I prepare just because his mother said he should not.

“My mother-in-law had beaten and stripped me naked on two occasions and my husband did not say or do anything about it.
“I can no longer bear the emotional and physical abuse as well as maltreatment,” she said.
The mother of three, therefore, prayed the court to dissolve the marriage.

The husband, Dapo, who did not deny the allegations, also prayed the court to dissolve the marriage as requested by his wife.

He told the court that his wife had refused to accept his pleas and had rejected all efforts toward reconciliation.

I’m Under Pressure To Marry A 2nd Wife Because My Wife Can’t Conceive, I’m So Confused
How Culture Shock Crashed The Marriage Of Nigerian Couple Who Relocated To Lagos From The US