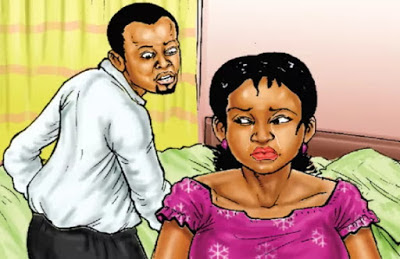 January 22, 2018 – “My Wife Swears Too Much, Separate Us Before I Kill Her ” – Frustrated Husband Tells Court

The President of Mapo Customary Court in Ibadan on Monday dissolved an 18-year-old marriage between Olufemi Olaoye and wife, Adenike, over the woman’s disobedience to her husband and character assassination.

Chief Justice Ademola Odunade said there was no need to keep the union since both parties had agreed to the dissolution.

He, however, advised the duo to maintain peace as they stayed away from each other.

He awarded custody of the four children produced by the union to Adenike, and directed Olufemi to pay a monthly feeding allowance of N10,000, in addition to being responsible for their education and other welfare.

Olufemi, a mason living at Moniya area in Ibadan, had earlier informed the court that he had in 2017 parted ways with Adenike as a result of her disobedience, but reconciled with her when relatives intervened.

He said “my lord, I thought Adenike would have learnt from her past mistakes but she continued to
call me names and dared me.

“I wouldn’t want to commit crime by brutally dealing with her. I made up my mind to just go my way while she would also go her way.”

Adenike could not deny any of the allegations levelled against her.