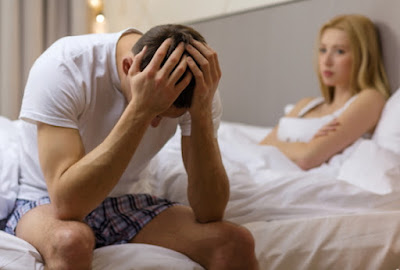 I will be marrying my fiancee in 4 months time. For two years, there was no sexual relationship between us, she was a virgin. At first I was wary, I didn’t trust ladies who claimed to be virgins just to stop guys.

In time, I knew she was sincere and since I had already fallen for her, I stayed with her. We enjoyed every other aspect of our relationship and steered clear sex.

I knew I wanted to marry her. So without wasting any time, I asked her. She was momentarily taken aback, somehow, she believed I was going to leave her sooner or later because of our sexless relationship. She had even summoned courage to ask me if I was getting it elsewhere and I had replied that it didn’t matter.

She was happy. She said yes. My joy overflowed.
Two months later, she decided it was time. We had sex.
I must confess that at first I was scared she wouldn’t be a virgin, scared that I would catch her in a big lie that could mar our future…but my fears were allayed. My bride to be was a virgin.

Something happened after I deflowered Kemi, she always wanted sex. I thought initially that many years of sexual ‘hunger’ was responsible for her urge, but I was wrong, she is insatiable. She is never too tired for sex. On days when I complained of fatigue, she would nag till I gave in.

If she informed me she was coming for the weekend, I’d groan in fear of long nights.
To my fiancée, I am a lazy man, she started getting me different herbal concoctions to help me along. For God’s sake I am a very potent and healthy man, but I want moments that don’t lead to sex.

Sometimes I just want to kiss and cuddle but I can’t initiate that, it would lead to sex or fight.
This might not be a problem to some, but I think it is. My wife-to-be is insatiable. She wants sex everyday, she never gets tired and I’m scared for our marriage.

Would I be able to keep up with her sexually? What if I can’t and she cheats? I have tried to talk to her but she doesn’t see my fears as justified. She thinks I should be glad.

She even told me there’s no use sleeping together if we won’t have sex.

We are getting married in 4months, what do I do?

Continue Reading
You may also like...
Related Topics:bed, insatiable, wife

Why Many Nigerian Women Are Living In Bondages They Call Marriages
My Wife Is Stubborn, Rude & Lacks Respect But I Still Love Her – Alleged Wife Beater Tells Court