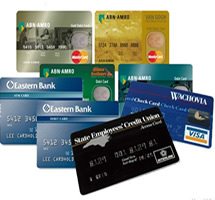 This is an official press release from EFCC. naijagists.com

Ogundipe, a cash officer with the bank was arraigned by Economic and Financial Crimes Commission, EFCC on March 2nd , 2011 on an eight (8) count charge bordering on criminal conspiracy and theft to which he initially pleaded not guilty.

As the case commenced and more evidences against the accused person emerged through the prosecution witness, Mary Adebisi, who is also an investigation officer with the commission, the accused person changed his plea and pleaded guilty to all eight count charges.

He was subsequently sentenced to six months imprisonment with an option of fine of ten Thousand naira on each of the counts of the charge. In sentencing the accused, the judge took consideration of the fact of Ogundipe’s ill health and refund of the entire sum stolen to the bank through the EFCC even before, he was charged to court.

The former banker‘s ordeal started on September 2009 when his bank petitioned EFCC alleging fraudulent withdrawal of money from the bank’s ATM in excess of N12 million by a staff at their Lokoja Branch.

The bank had observed that some unexplainable entries were passed between one of its Assets Accounts and its ATM. Further investigation by EFCC revealed that sometime in March 2009, Ogundipe posted a debit entry of N450, 000 to the Assets Account and credited the ATM with same value, which was subsequently taken out in bulk cash from the ATM machine after close of business. Several similar entries were posted and subsequently withdrawn in same manner.

The accused person, who confessed to the crime after his arrest, said he spent the money to sponsor his wedding in 2008. He explained that he made the withdrawals, usually a minimum of N500, 000, each time he loaded the three ATM machines in Lokoja. “Thereafter, I would manipulate the posting to balance the account,” he confessed.

The Osun State-born banker, who said he joined FCMB in September 2008 after three years with a new generation bank in Abuja, said he never kept the stolen money in the bank but in his briefcase at his Lokoja home and unknown to his wife who was residing in Karu, Abuja.

After the confessional statement, Ogundipe promised to return the stolen money and made good his promise when his lawyer, Mr. Ibrahim Muktari, brought to EFCC an FCMB draft of N9, 000,000 dated October 22, 2009. He had earlier paid N3, 500,000.00 of the stolen money.