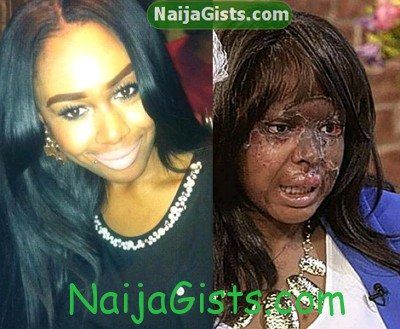 A Nigerian woman identified as Naomi Oni, a recent victim of acid attack in London has come open in a new video.

In this emotional interview, Naomi Oni was sobbing while narrating her terrible ordeal on the night of her attack.

She said: “Acid attack has made me a stronger person, it has made me realise so much about myself. I have stopped hating her. I just feel sorry for her and I wonder what’s going on in her life to want to make someone else suffer like that.

“But I would like to see her caught, for everybody’s sake.”

Watch the short video clip below.