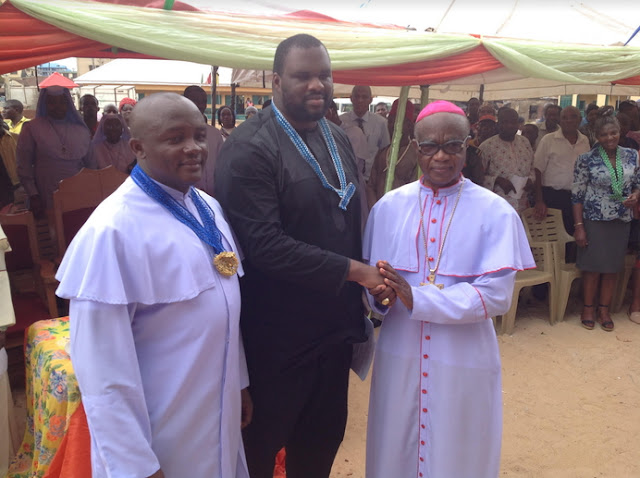 Reports reaching our news desk say the Senator representing Anambra North senatorial District, Stella Adaeze Oduah has in her usual magnanimity reached out to the poor and the less privileged this New Year by donating food items,provisions and undisclosed amount of cash to the various motherless babies and disabled people’s homes in Onitsha and environs.

The senator reportedly engaged her children this time around to go round the orphanages,motherless babies homes and other locations of the less privileged in and around Onitsha to distribute Christmas and New Year gifts to them.

The trip was led by Senator Oduah’s eldest son,master Tuoyo-Oduah-Etoromi who was accompanied by his siblings for the week long trip.

Reacting on the development, one of the female officers of the Princess Stella Oduah Foundation who was part of the visit but preferred to speak anonymously said the Senator wanted to imbibe the spirit of generosity and charity into her children.

She recalled that one of the qualities that have endeared the senator to the people was her good spirit of generosity and charitable works which has touched the lives of many positively.

Meanwhile, another report says senator Oduah arranged a special New Year mass in her palace where the palace community and neighbors ushered in the New Year.

In a brief interview, the Senator expressed gratitude to God for the brand new year saying she prayed to God for a better and peaceful Nigeria where the rich and poor will have enough to eat and spare.

She also said she prayed for availability of jobs for the teeming youths across the country as well as prayed for her colleagues and others in government for God to give them the enablement and spirit to run the country with the fear of God.

Photo shows Senator Oduah’s son,Tuoyo greeting Archbishop Valerian Okeke of the Archdiocese of Onitsha in one of his earlier outings.