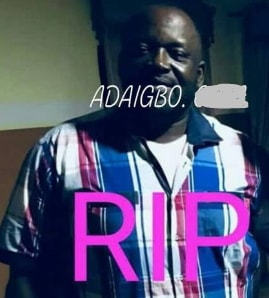 The deceased, newly elected Chairman for Ideato North LGA of Imo state was shot dead this morning along Akokwa road in Imo state.

He was  among the newly elected Chairmen in the just concluded election.