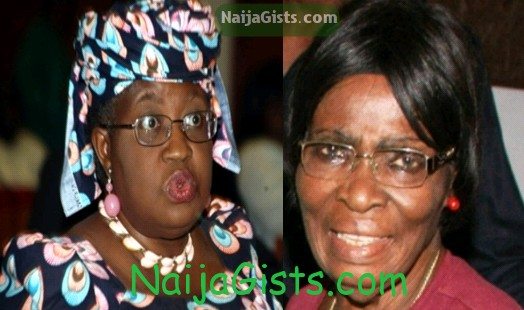 According to a source, the kidnappers of Prof Kamene Okonjo, the mother of Nigerian Finance Minister, Hon Ngozi Okonjo Iweala have demanded one billion naira (N1billion) ransom to secure her release. naijagists.com

The condition of 82-year-old Prof. Kamene Okonjo who was kidnapped on Sunday from her husband’s palace in Ogwashi-Ukwu kingdom is still unknown.

Ngozi Okonjo’s mother worked as a professor at the University of Nigeria Nsukka.

There were false reports circulating that they demanded $1billion.

A reliable source from Delta State said they actually demanded for N1 billion.