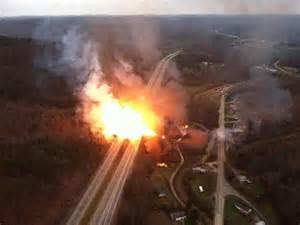 Less than 24 hours after issuing a threat on Twitter, the Niger Delta Avengers militant group has bombed an NNPC Gas and crude pipeline close to Warri in Delta State.

The militants poked fun at the Nigerian FG that their sabotage was successful despite the presence of troops in the area.

“At 11:45pm on Thursday @NDAvengers blew up other #NNPC Gas and Crude trunkline close to Warri,”.

NNPC is yet to react to this fresh attack.