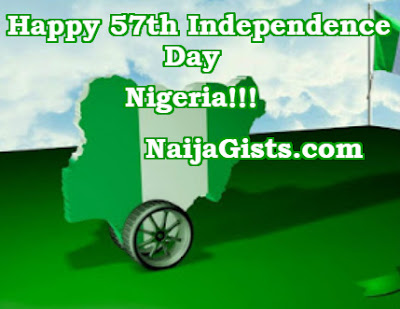 On Saturday the 1st of October 1960, British Colonial flag was lowered as a new flag was raised to mark a new era of independence in Nigeria.

Nigeria became a commonwealth nation on a day like today in 1960 after a century of British influence.

The country emerged a sovereign state,which made it to have the same political status as other countries around the world.

Though 1960 is celebrated as Nigeria’s birth year, it was not until 3 years after that monarchy rule was abolished and the Federal Republic of Nigeria was born.

Today (1st of October) is indeed a significant date in the history of Africa’s most populous nation as we celebrates its beautiful green and white flag which signifies fruitfulness and abundance.

Happy Independence Day to Nigeria and friends all over the world.