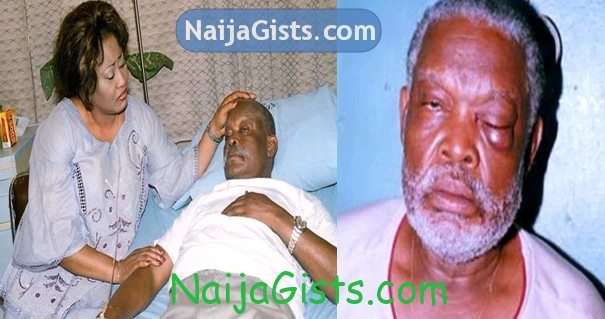 Enebeli Elebuwa, a top member of AGN is dead. While we are still mourning the sudden death of a popular Nigerian actor Pete Eneh, another veteran actor, Enebeli Elebuwa is dead.

Nollywood movie industry has been plagued once again with the untimely death of the talented actor who died on Tuesday night in India. naijagists.com

When NaijaGists.com received the news of the sudden demise of Enebeli Elebuwa, we have to put a call through to our contact in India who later called us back few minutes ago to verify the authenticity of this news.

We can now confirm that Nollywood veteran actor Enebeli Elebuwa who has battled stroke for months before Delta state government sponsored his treatment in India has passed on. 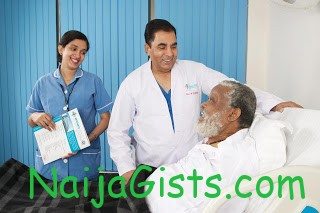 Before his battle with stroke, he was diagnosed with Diabetes.

Before being air-lifted to India, Enebeli seeks spiritual help from different places including Pastor fireman‘s church to no avail.

Few weeks before his sudden death, Nigerian community in India paid him a visit and they said his condition is gradually improving but as fate will have it, the actor lost his battle to stroke last night in New Delhi.

Actor Enebeli Elebuwa was born on the 14th of February year 1947. He hails from Ndokwa Local Government Area of Delta State, Nigeria.

Enebeli battled stroke for over 12 months. In his quest to receive healing, he was taken to Luke’s hospital in Lagos. When the actor wasn’t showing signs of improvement, he was taken to the church of an highly controversial pastor Sign Fireman.
A video of his healing went viral on Youtube as the man claimed the actor has been healed of the stroke.

Again the actor showed no signs of improvement before he was air-lifted to the Indian hospital where he eventually gave up the ghost last night.

Actor Enebeli Elebuwa will be greatly missed by his family and fans.

May his soul continues to rest in perfect peace!