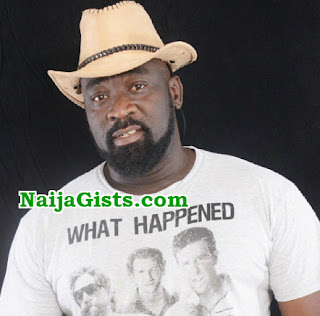 God has turned things around for popular Nollywood actor Femi Ogbedengbe who relocated to the United States of America back in 2016 but his relocation costs him something.

The actor as we speak is still unable to get himself together a year after he relocated his wife and kids to the US.

Media sources claimed that the actor is now a full time Security Guard with Kesight Tech, a fortune 500 company based in San Francisco, California.

However, the actor is not a Gardner as widely reported on the social media, he is working as a professional security guard, a job most immigrants start with when they first entered the United States or when they are in school.

Working as a security guard in the US doesn’t have the kind of stigma people attach to it in Nigeria and other African countries.

So let’s not feel bad for Mr Ogbedengbe as if he is suffering.

Continue Reading
You may also like...
Related Topics:femi ogedengbe, guards, Security, us