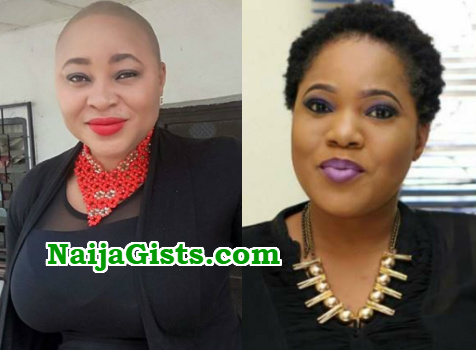 Toyin Aimakhu Abraham Neglected Upcoming Actors, Yelled On Them As She Refused To Pay Them After 12 Hours – Chioma Nwosu

Nollywood actress Toyin Aimakhu has finally wrapped up the shooting of her new movie, Seven And A Half Date after 9 days of intense filming.

The production location was filled with drama last week as some upcoming actors she invited to take part in the movie were furious after she allegedly refused to feature them alongside top actors like Jim Iyke and Mercy Johnson. 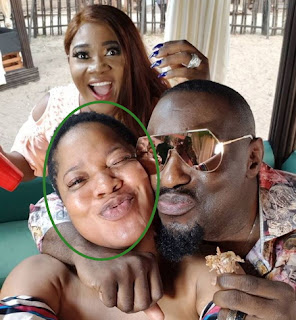 The “association of furious Nollywood starlets” soon took to the social media to call out the actress for treating them as nobody after they had reportedly waited patiently for 12 hours.

Her is how fast rising Nollywood actress Chioma Nwosu vented her anger on behalf of others. 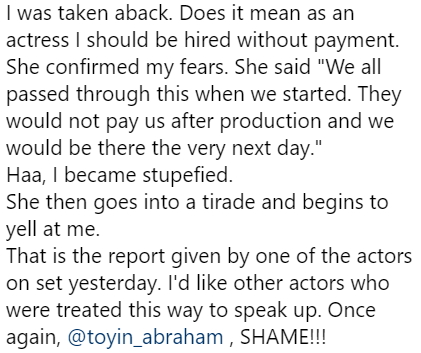