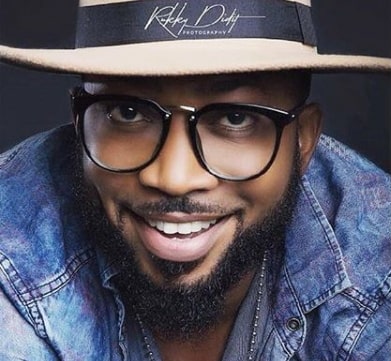 The Nigerian movie arena has grown in prominence over the years, with its actors and actresses earning global reputation and accolades. One of the stars of these new generation of Nollywood artistes, who are pioneering the growth of the Nigerian home videos is Frederick Leonard. We are going to be outlining everything you need to know about this handsome actor.

Fred is, without doubt, one of the fastest rising actors in the Nollywood today. His exceptional talent is aptly augmented by his good looks and toned body. In fact, many have argued that, Fred is only prominent in Nollywood for his looks and not his talent. Well, we beg to differ. While he is one the hottest actors in the industry, staying at the top for that long requires more than just good looks and banging body; exceptional raw talent is highly required. Fred Leonard, without doubt, has it all.

He attended Kaduna state polytechnic where he obtained his National Diploma (ND) and Higher National Diploma (HND) in Biochemistry. He left school for a while and returned in 2001 to kick start a career in modelling and  acting. He later took a break from the big screen, to afford him time to complete his education at the Kaduna State Polytechnic.

When Was Fred Leonard Born

Fred Leonard, who is often called Frank Leonard by his fans, was born in the mid 1970s. Leonard was born on May 1, 1976, which sums up his current age to 42 years. He hails from Nnewi in Anambra state. He is the first child of his mother, with a younger sister as his only sibling. Fred was the only child of his parents for over a decade before his mother gave birth to his younger sister. 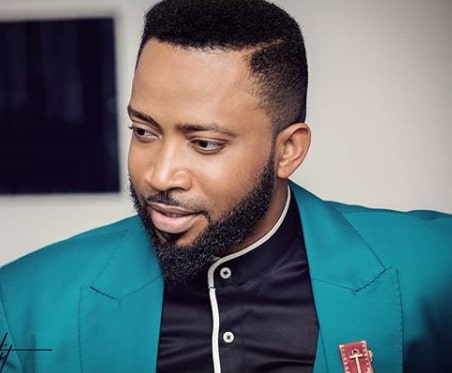 In 2000, while Fred was 24 years old, tragedy struck his family; he lost his father. Sixteen years later, lost his mother as well.

As this handsome actor once pointed out, his mother, has been and will always remain his source of pride and inspiration. The woman who birthed and raised Fred and his sister is, without doubt, an exceptional woman. Unfortunately, the mother of this talented actor is now late.

After the unfortunate demise of Fred’s father in 2000, his mother has been the only one catering to Fred and his younger sister. 16 years down the line, Fred lost his mum to the cold hands of death. She died two years ago around June.

She was buried in June 2016 in his home town of Otolo Nnewi in Anambra State. Many of Leonard’s colleagues in the Nollywood were in attendance at the burial, to commiserate with the bereaved actor and his family. The actor’s mother was buried amid tears.

The death of his mother greatly weighed him down. It took him a while to fully get back on his feet. He marked the remembrance of his mother every year. This shows how close the actor and his mum were.

Frederick’s marital life and sexual orientation has always been a trending topic. Although, Fred has played several roles as a married man in movies, real life, he is still single. His romantic life has always been a controversial topic. In fact, some people held the belief that, Leonard is homosexual. An allegation he strongly denied.

Sometime in March, 2016, Frederick Leonard’s wedding pictures with actress, Kay Samuel filled the cyber space. However, to the astonishment of many well wishers and admirers, the wedding pictures cycling around during that time was actually scenes from a movie.

About two years ago, there were reports of Fred being amorously involved with an actress named Pevvy Ovire. Their relationship, however, only lasted for about a year. Since then, there has been no credible information regarding his romantic life.

In 2008, Fred starred in the movie titled The Indian Doctor, to mark his return. Since then, he has starred in tons of movies. His role in The Indian Doctor set him up for a glittering career . In 2009, he starred as the Lead actor in a hit TV series titled, Disclosure.

Disclosure was one of the top TV series in the country during that time. He has since gone on to feature in multitudes of movies since then.

Below is a compilation of Fred Leonard’s top movies between 2008 and 2018.

Fred Leonard’s performance on the big screen has not gone unrecognized. He has been nominated for many movie awards in the country. He has gone on to win so many awards. The most significant of these, according to the actor, was his GIAMA award for Best Supporting Actor, which he bagged for his role in Accident (2013).

NO, he’s not married! There has been several controversies regarding the marital life of this star actor. Many people have misconceived some of his roles as a married man in movies. However, this star actor is not yet married. His last known relationship was with actress, Pevvy Ovire, which ended early last year in 2017.

Frederick Leonard and His Wife

Frederick Leonard is unmarried; he is still single. He has, however, played several roles, where he adopted a husband character.

He’s been involved with the likes of Kay Samuel, Lilian Esoro and many more, as husband and wife in several movies.

Furthermore, the handsome actor was, only few months ago, unveiled as the brand face of an Indian-based fashion firm, Diamond Ark Lifestyle. Fred Leonard estimated net worth is 150 million Naira.