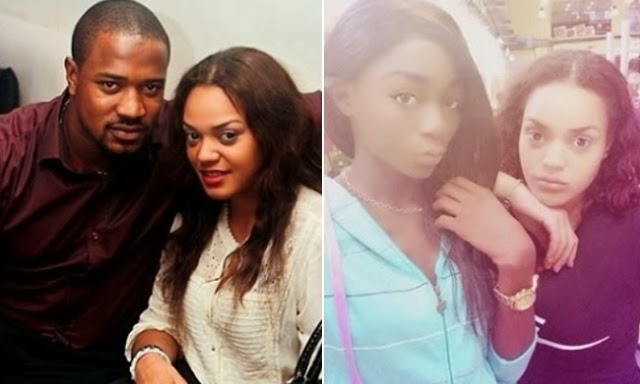 The former boyfriend of Nollywood actress Stella Damasus, actor Mofe Duncan is not a happy man at the moment.

Mofe Duncan who accused a best friend to his new girlfriend, one Ikushbarbie of stealing has ordered her to return all the stolen goods by openly calling her a thief on Twitter.

The actor accused the lady of stealing an IPhone 5 and some clothes from his girlfriend.

He openly announced her name and shared some pictures via Twitter to raise an alarm.

Few minutes after the announcement, he came back to inform fans that the alleged thief has deleted her Instagram account.

“THE FACE OF A THIEF!!! ikushbarbie if anyone knows her
It is not what she stole, but the value of what she stole to the person she stole it from
Who steals a friend’s birthday present?
Return what you stole. You have 24 hours
She hanges with you, claims friendship then steas your shit when you’re not home and then absconds
This just in… Princess Diva, the girl seen in the picture is a theif. She has deleted her Instagram account.” 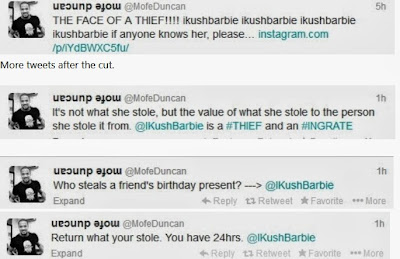 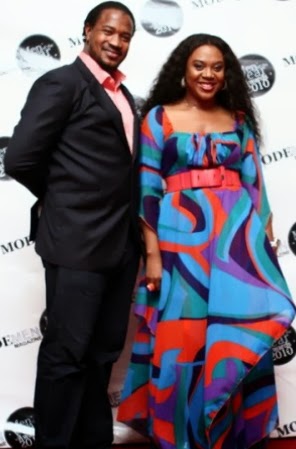 Mofe Duncan and alleged husband snatcher Stella Damasus dated for over 6 months before their romance collapsed in 2011.