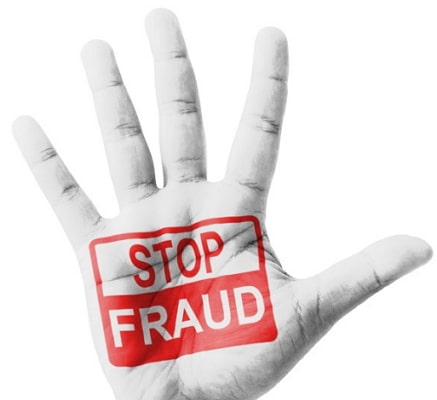 An Igbosere High Court has sentenced a businessman, Chike Obiakor, to eight years’ imprisonment for defrauding a Chinese manufacturer, Davis Jin Guoshi, of $222,633.

Justice Sendoten Ogunsanya sentenced Obiakor to one year imprisonment for stealing and seven years for obtaining money under false pretence. He duped Guoshi, the managing director of a luggage manufacturing firm, Shanghai Sumlo, of the money in 2012.

The sentences will run concurrently, meaning that Obiakor will spend seven years in jail.

Justice Ogunsanya said the Economic and Financial Crimes Commission (EFCC) “proved by cogent and credible evidence the guilt of the defendants beyond reasonable doubt, two of the three-count charge.”

“The totality of the evidence by the parties shows that the defence is an afterthought to cover up the fact that the defendants wanted to obtain goods by false pretence.

“This is a very cowardly and wicked act on behalf of the first defendant, who was invited to China, hosted and accommodated by the complainant, yet chose to repay him with evil. Despite his plea that his house was about to be sold and sister-in-law had to serve a prison sentence, the defendant ignored his plight and failed, refused or neglected to pay him his money.”

She directed the prosecutor to recover the money from Obiakor.

The judge said: “The EFCC is ordered to ensure that the $222,633 is recovered from the property of the defendant and paid to the petitioner, Mr. Jin Guoshi.”

Before the verdict, Obiakor pleaded for a mercy.

But Justice Ogunsanya disregarded his plea, saying: “I have listened to the allocutus of the defendant counsel to temper justice with mercy. He is a businessman with no criminal record.

“It is people like the defendant that have given Nigerian businessmen a bad name and a distasteful reputation internationally such that every genuine Nigerian is viewed as a potential crook.”

The EFCC arraigned the defendant last June 7 on an amended charge dated May 25.

It said following Obiakor’s failure to secure a visa to China, he met Guoshi in London and firmed up a luggage supply agreement, whereby he would sell Shanghai Sumlo luggage in Nigeria and send the proceeds to the Chinese company.

Obiakor took delivery of two containers of luggage in Lagos, sold them and paid the manufacturer.

Guoshi took a loan to finance the manufacture of the 16 containers of luggage, which Obiakor requested for next, but the Nigerian failed to send the proceeds of the sale, totalling $222,633.

Guoshi sold his house in China to raise money to repay his loan, but it was not enough.

He approached his porter’s wife, who was also his sister-in-law, for a loan. She obtained a bank loan for him.

The woman landed in jail following his failure to repay the loan.

When Guoshi visited Obiakor’s warehouse unannounced in 2012, he found that the Nigerian had long sold 80 per cent of the goods.

In his defence, Obiakor claimed that some of the goods were defective and returned by customers.

But the judge held that he gave no evidence to that effect.