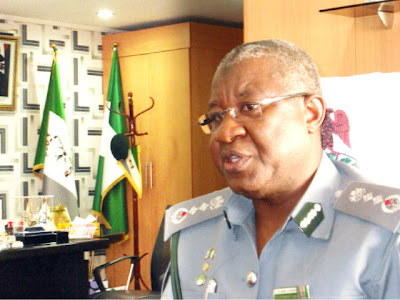 A Deputy Superintendent of Customs (DSC), Mr. Tunde Oseni, accidentally shot dead a colleague during an operation on the Seme-Badagry Expressway in Lagos State on February 16, according to a statement.

The statement issued on Sunday by Mr. Uche Ejesieme, the Public Relations Officer, Federal Operation Unit Zone “A“ of the Nigeria Customs Service, said that the death resulted from an “accidental discharge.”

It said eight officers, led by Oseni, were on patrol on the Seme-Badagry Expressway on Saturday when they intercepted two vehicles loaded with items suspected to be smuggled and prohibited.

“In the ensuing confusion, a service pistol in the possession of DSC Oseni, the team leader, accidentally discharged and hit Mr. Baba Mohammed, an Assistant Superintendent of Customs,” the statement said.

It said Mohammed was immediately rushed to Igando General Hospital where the doctor on duty confirmed him dead.

The statement said that Oseni had been handed over to the police for further investigation.