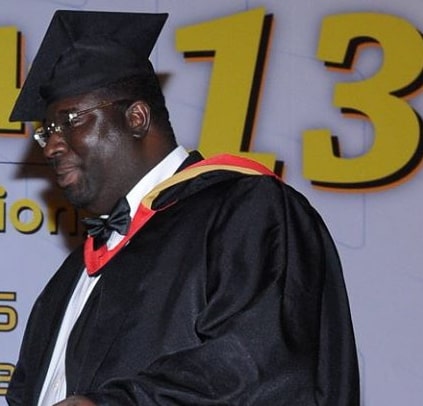 A Nigerian PhD student in Malaysia has died in the custody of that country’s Immigration Department, the Singapore based television Channel News Asia (CNA) reported on Friday.

Thomas Orhions Ewansiha died on Tuesday, apparently of seizure in his sleep,while in detention at the Bukit Jalil Immigration Depot.

Director General of the Immigration Department, Khairul Dzaimee, said yesterday that he was still awaiting the post-mortem report of Ewansiha, as well as a full medical report to identify the cause of death.

Dzaimee claimed that Ewansiha was among 20 foreigners picked up in an operation on Jul 4 at Desa Aman Puri in Kuala Lumpur, following tipoffs from the public and had attempted to flee during the operation but was captured.

He later produced his passport and was found to be holding a valid student pass upon further checks.

“The action of the subject in trying to escape created doubts on the validity of the student pass held by the subject,” Dzaimee said.

Ewansiha was suspected of committing an offence under the Immigration Act. He was held for 14 days for further investigations, Dzaimee added.

While undergoing the documentation process at the Kuala Lumpur Immigration office, he was provided with basic medical treatment by Civil Defence Force personnel as he had an old wound on his right leg, Dzaimee said.

Ewansiha did not inform Immigration officers of any sickness, he said.

The subjects detained in the operation – including Ewansiha – were sent to the Bukit Jalil Immigration Depot at about noon the next day. They were treated “appropriately” in accordance to the standard operating procedure (SOP) during detention, Dzaimee said.

At about 12.05am on Jul 9, the officer on duty was informed by the other detainees that Ewansiha “suddenly” had a seizure while sleeping.

The assistant medical officer – who arrived with the ambulance at 12.30am – examined and assisted Ewansiha, but the student was later pronounced dead.

Following the incident, the supervisor and officer on duty lodged a report at the Bukit Jalil police station.

Limkokwing University of Creative Technology said in a statement yesterday that it was informed of Ewansiha’s death.

The 33-year-old was pursuing a PhD in Management at the university and is survived by a wife and two children.