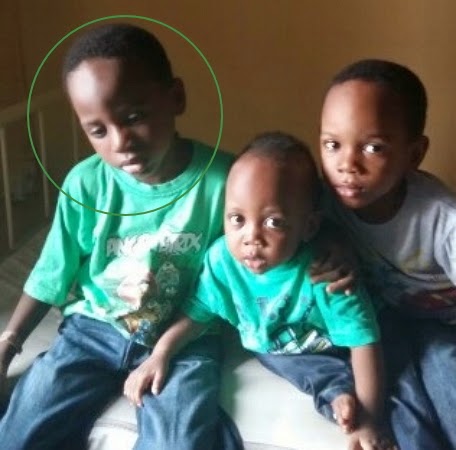 In an exclusive chat with Saturday Punch, the eldest of the kidnapped Orekoya boys, Demola revealed that their abductor, Funmilayo Adeyemi forced them to play with her 4 children throughout their 7 days in captivity.

Damola said none of his baby brothers cried when they didn’t see their mother in those tension-filled 7 days.

“The woman asked us to play with her children. We all played together, though their television was not working, we only played around the house. We did not cry because we had people to play with,” the boy said.

“She (Adeyemi)brushed our teeth every morning but she only bathed us in the morning. She did not bathe us in the night like our mummy does for us at home.”

“We could not watch cartoon network because the television in their house was not working,”.

Demola said he misses his friends and couldn’t wait to play with them again.

This is pure, unadulterated innocence.