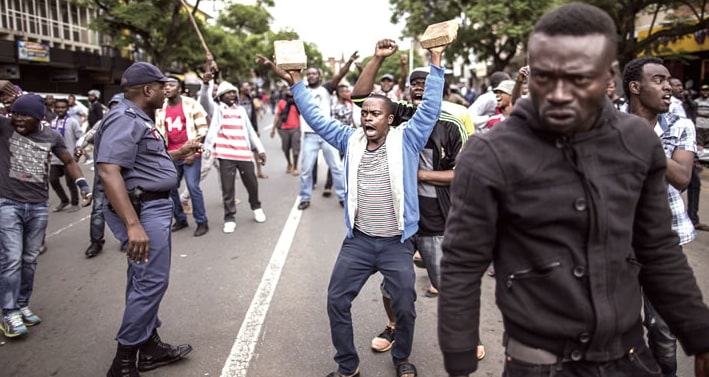 A Nigerian identified as Igudu Tony Elochukwu, has been killed by a gunman in South Africa.

His death brings to three the number of Nigerians killed within three days (April 6-9) in that country, according to Ben Okoli, president of Nigerian Citizens Association in South Africa (NICASA).

Okoli in a letter sent to Godwin Adams, consular general, Nigerian Consulate in Johannesburg decried the death and continued killings of Nigerians in the country, adding that people are worried and scared since none of the suspects has been arrested or charged.

“We received yet again the sad news of the death of another Nigerian in Witbank Mpumalanga province. Mr. Tony Elochukwu from Nnobi Anambra State was shot twice in the head by an unidentified Nigerian gunman on April 24 at around 2:45 pm,” he said.

Okoli alleged that a lone Nigerian man walked to some others at a restaurant and inquired from them where to get some weed to smoke.

He said those standing, however, told him that they did not know where since they do not smoke but the man pulled out his gun and shot Elochukwu on the head, then sped off in a car parked down the street.

He added that a case of murder had been opened at the police station by Obeji Chukwuma, NICASA chairman, in Mpumalanga area of the country.