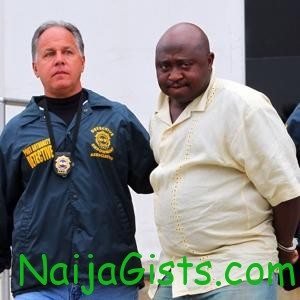 The man pictured above apparently worked with a dead man’s identity card for over 20 years as Newark International Airport Security Supervisor. naijagists.com

Illegal US Immigrant, Mr Peter Bimbo Olumuyiwa Oyewole, 54, worked as a security supervisor under the name of a murdered Jerry Thomas at Newark Liberty International Airport for 20 years.

Jerry Thomas was murdered in year 1992. 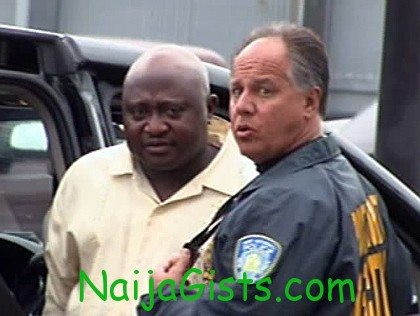 Bimbo was arrested yesterday the 14th of May, 2012 after police received a tip from an anonymous individual.

It never ceases to amaze me how some folks act like block-heads in a country full of intelligence.

Facebook 3rd Largest In The World After China
Power Outage At Murtala Mohammed Airport: People Trapped In Elevator For 45 Minutes