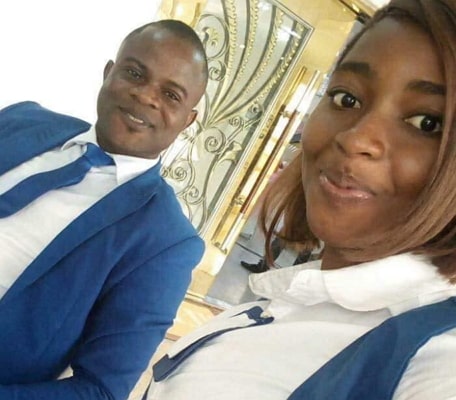 A 34-year-old man has ended his own life in Lagos.

Ezekiel Mayowa, a resident of Eyita area of Ikorodu Lagos took his own life yesterday Friday the 31st of May 2019 around 5am shortly after his girlfriend broke up with him.

He reportedly took sniper poison shortly after uploading a suicide video on Facebook.

In the heartbreaking suicide video, the part time student of the Lagos State Polytechnic bemoaned how his girlfriend of 9 years, 24-year-old Olokodana Bolaji, dumped him because he’s not rich.

“I will advise the Federal Government to scrap NYSC because that is where I lost my joy; my love. I am not a bad boy; I am not wicked. Since my woman got into that (NYSC) camp, everything changed. Since last year, we’ve not been able to resolve anything. My woman is now taking an advantage of the mistake I made three years ago to leave me.

“I am going, I need to go, Bolaji Temmy is the woman I’m talking about. I need to go. To all the boys out there, please try to make money before you date any woman. I’ve tried my best. I’ve tried all I could. We’ve been dating for nine years and now she is leaving. I hurt her in the past, but I’ve appealed to her. But she insisted on leaving me.”

“I will miss my mum. Mummy, please don’t cry. I have chosen my own path…I will miss you all. Your president is going…I am going. I am going now. I am empty. Bye”.

His lifeless body has been deposited at the Ikorodu General Hospital mortuary as police investigate the actual cause of his death.