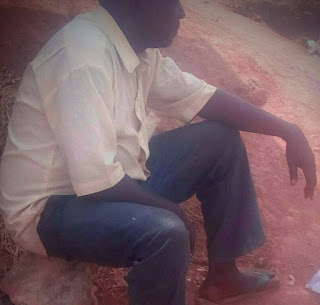 My Father Forced Me To Marry 2 Wives  To Have A Son, Now I Have 6 Daughters

A very disturbed man took his case to Humans of Abuja today after his quest to have a male child on 8 different occasions failed.

According to the unidentified Abuja-based Northerner, his first wife gave him 4 girls only for his now late father to advice him to marry another woman with the hope of having a son but his hope has been dashed as his second wife also delivered 2 girls.

He is really confused now since he is on the verge of marrying another wife in search for a son. 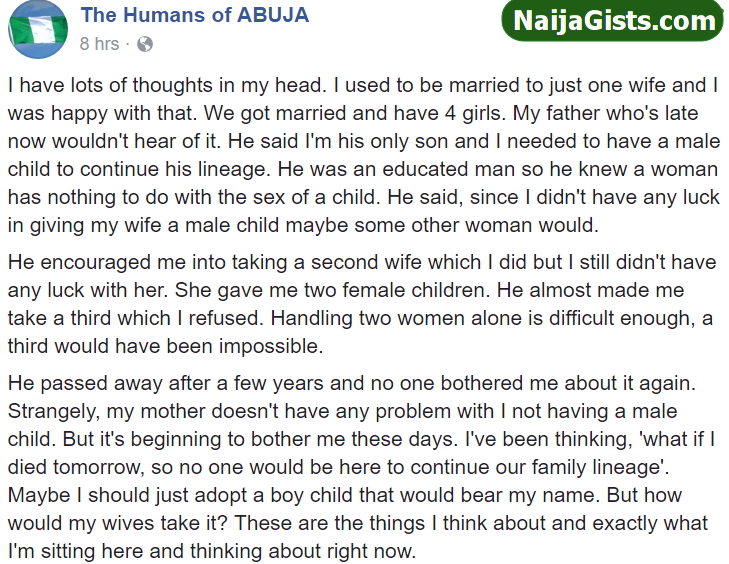 Some people are there desperately looking for a child while someone with 8 daughters is here crying foul as if a female child is nobody.

What a world we live in ! May God forgive this Yeye man.