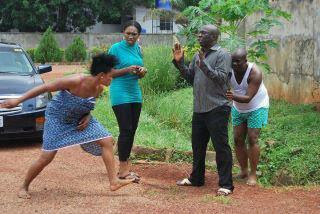 September 20, 2017 – Pastor Divorces Troublesome Wife Of 33 Years Who Attacked Him With Cutlass Twice , Says He Is Out Of Love For Her

A Pastor today begged a Customary court in Igando Lagos to separate him from his wife of 33 years.

Pastor Lawrence Adepoju, 55, had accused his wife, Rachael Adepoju, the mother of his 3 children of threat to life.

Here is what the petitioner said in court today: 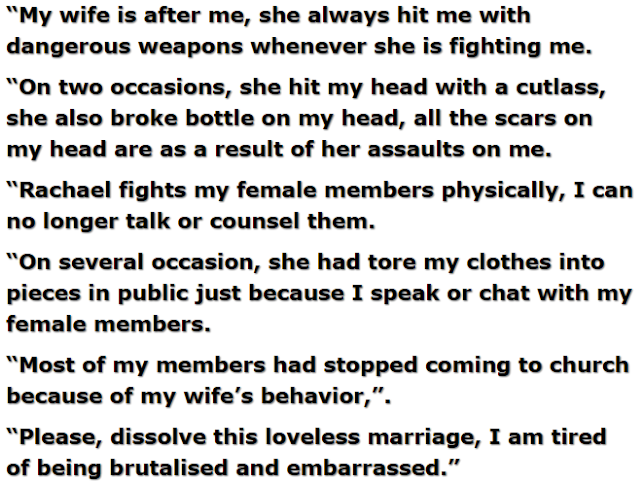 The court’s president, Omilola Adegboyega ordered the bailiff to serve the respondent court’s summon for her to appear in court on the 24th of October 2017.

Swaziland King Mswati III, Marries Cabinet Minister’s Daughter As 14th Wife
Pastor: My Wife Is Fond Of Cursing Me With Her Private Part, Please Separate Us