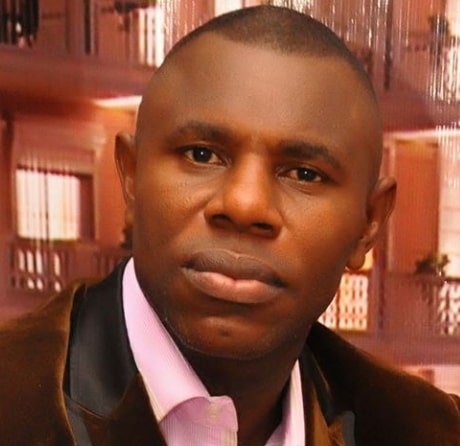 A retired soldier, Pastor Chris Woriji, commits suicide in what can be described as a most gruesome manner and leaves many pondering what went wrong. CHUKWUDI AKASIKE writes

Residents of Elijiji in Rumurolu, in the Woji area of Port Harcourt are currently at a loss over what could cause a cleric to take his life in a gruesome manner without any form of provocation. Pastor Chris Woriji, a 46-year-old ex-military man, set himself ablaze after stockpiling his room with petrol and sprinkling the highly inflammable liquid inside and around the family house.

Metro Plus learnt that the deceased passed through a normal process of becoming a cleric before he was ordained by one of the new generation churches as a pastor. He was said to have voluntarily resigned from the Nigerian Army, having served in the security outfit for 12 years. Before graduating as a pastor, Chris was said to have secured a teaching job in a government secondary school.

Chris, the eldest among the Woriji family declared Friday, October 26, 2018, ‘hell fire day’ for his family and tenants as he shouted and tagged everybody he saw a witch. As if he was possessed by another more powerful force, Chris, who had kept a 75- litre jerrycan of petrol inside his sitting room, sprinkled it on cushion chairs, beds and some appliances in the 10-room building.

It was gathered that he even deliberately splashed a full bowl of petrol on the body of a lady simply identified as one of the tenants in the family house. Terrified at the man’s sudden change of attitude, the lady was said to have fled her room before the enraged pastor came back with lighter, splashed more fuel in the tenant’s room before setting it ablaze.

One of the tenants, Michel, told Metro Plus that she was sleeping when she was jolted to reality by the continuous shouts of fire by neighbours. Michel explained that the lady, who was drenched with petrol, escaped death by a whisker as she ran out of her room before the now visibly charged, but unprovoked Chris could get the lighter. 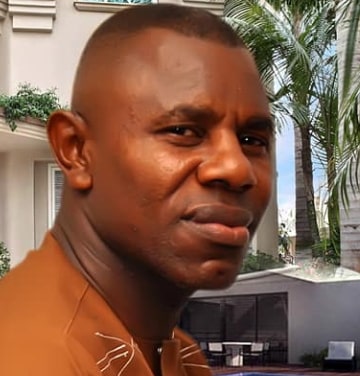 “I was in my room when I had fire, fire and I had to save some of my valuables by carrying them out. It was someone that caused the fire; my late landlord’s son. I don’t know what came over him. We only heard him saying ‘today is hell fire day’. He went in, brought out petrol and began to sprinkle the entire place with it. He poured some of the fuel on a lady (tenant), but she managed to escape before he could get a lighter.

“A few seconds later, we saw fire in one of the rooms in the building. The guys around, with God’s help, were able to quench it. I then left with the belief that everything had ended there. I went inside to eat, but when I came out, I heard people shouting fire, fire again. This time, the fire was more than the other one that was put out initially. We had to carry some things that our hand could immediately reach and then we ran out of the house. The fire killed the person (Pastor Chris). I learnt he committed suicide. I think he was an evangelist.”

But Emmanuel, another tenant, who occupied a room in another house close to the the deceased’s apartment, was certain about what led to the death of the retired military man, whose mother is still alive, strong and bubbling with life.

He said, “Before we knew what was going on, he had poured petrol everywhere inside the building before locking himself inside his sitting room. His brothers and other persons tried to force the door open, but they did not succeed. At a point, he sat down and was eating food. It was later that he lit the lighter and everywhere was on fire. That is all. He died before the people who had gathered to quench the fire, could come to his rescue.”

However, Chris’s younger sister, Beatrice Woriji, also a teacher, said they had begged the deceased to open the door so that he could be rescued from what seemed to be a self-inflicted agony to no avail. She recalled how her younger brothers brought axe and sledge hammers to force the doors open without success. Beatrice recalled that her mother, who is a widow, had organised prayers and tarry nights for Chris on three occasions when they began to notice his strange behaviour.

She said, “We never knew that he had a 75-litre jerrycan of fuel inside the room he stayed and refused to come out. He had already poured some round the house. He also said he was ready to go and meet his Lord that day. They (my brothers and others) tried to break the door, it was not possible. The German doors are very strong. When he noticed that we were almost forcing the door open, he then set himself ablaze. Inside the place were two generators which were filled up with petrol.

“He was shouting and calling our mother some funny names. He said ‘all of you are witches’. When people heard the explosion, everybody ran for his or her dear life. The force of the fire even threw my younger brother, who was at the front, away from where he was standing. God saved my younger brother and my mother from the fire.”

She said before the incident, her elder brother spoke normally and went to work, but added that the issue of threat and calling everybody a witch had always been there.

Beatrice added, “He was a pastor, but at a time, he stopped going to church. We have observed prayers for him. That day, we even called the police and they were about to enter our premises when he set himself ablaze. They (policemen) had even got to this place before the explosion.

“He did not want people to rescue him and he was even having a machete in his left hand and a lighter in his other hand. His mission was that he was waiting for whom to die with. He was in the Nigerian Army for 12 years before he retired because he said he was called by God to be a pastor. He served as a soldier in the North.

“What happened was not as a result of poverty because he was very rich and he was not married. He always liked to isolate himself. People have said many things about his health situation, but only God knows the best. My nephew sustained injury during the incident.”

If the sister to the deceased had overcome the trauma caused by the sudden demise of Chris, the mother of the deceased, Mrs. Pricilla Woriji, was sad and disappointed to narrate how she escaped being burnt to death after her son splashed some quantity of petrol on her and attempted to kill her. The widow said she had no premonition that his son would take his own life in such a terrible manner.

The deceased mother said, “We saw fire in the house. People gathered to quench the fire. That was some minutes to eight in the morning on Friday. When I asked from the tenants what caused the fire, they told me it was my son who poured petrol on them and tried to set them on fire.

“That was when we began to call his brothers and sister. He burnt the first room before locking himself inside. His brothers, sister and I began to beg him to come out. As I was begging him, he poured fuel from inside on my body, struck a match and threw it at me.

“My body was on fire and I had to roll inside the water on the ground that was used to quench the first fire he ignited. I was shouting blood of Jesus all through before the fire went out.

“I now went to the backyard. It was not long when I heard the heavy sound of an explosion coming from where my son was hiding himself. It was the fuel that he stored inside the rubber can that exploded and that was the one that killed him. I began to shout and people gathered and helped to force the door open.”

She added, “Fire fighters came hours after people had earlier called them to come and save the situation. But the people told them to go because they had already put out the inferno caused by the explosion. People later forced the door open and saw his corpse on the ground.

“I gave them one of my wrappers to cover his body. Others came to the compound to record the incident with their phones. His father died nine years ago. The truth is that he has not been well; I have treated him thrice (through prayers) and he was okay and got a job. He was teaching in a government secondary school,” Mrs. Woriji added.

APublic Health expert, Dr. Tony Anaweokhai, told our correspondent that the late Chris could have gone through chronic depression and momentary mental illness.

Anaweokhai explained that such a person should have been taken to a psychologist or psychiatrist to manage the situation.

He stated, “The man could be mentally ill. You know that there is depression and people don’t see it to be a serious problem. In all parts of the world, depression leads to suicidal tendencies. Very often, once there is an attempt at suicide, within a few months, the person goes back and repeats the attempt. Very often, the person succeeds at the second attempt.

“Once there is a trace of attempted suicide, if it is mental illness, the person should be taken to a psychologist or a psychiatrist and be managed for it; otherwise, it will likely happen again with more fatal consequences. We call it chronic depression.”

The public health expert said, “Close to five per cent of our population is mentally ill, but they are not roaming the streets. It is not as if they are mentally ill all the time or throughout the 24 hours of the day. But just even a few minutes in a day, there is this outburst of mental illness after which they go back to sanity.

“It (Nigeria) is a stressful place to live and not everybody is able to cope and a lot of people break down.”