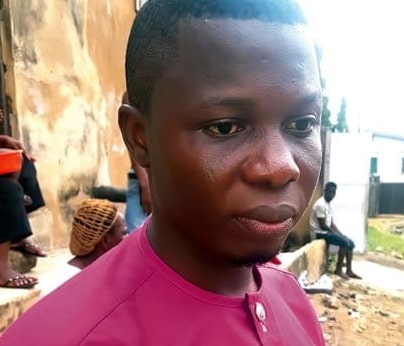 A wedding ceremony came to a dramatic end in Ibadan, the Oyo State capital, on Saturday, when father of the bride suddenly called off the wedding of his daughter, Oluwaseun Adugbe to his fiancée, Tunji Curtis, a few hours to the commencement of the ceremony.

Mr Adugbe, a native of Edo State and father of the bride was said to have announced that the wedding would no longer hold and directed her daughter to return all the goodies brought by the groom’s family to them immediately without giving any reason. 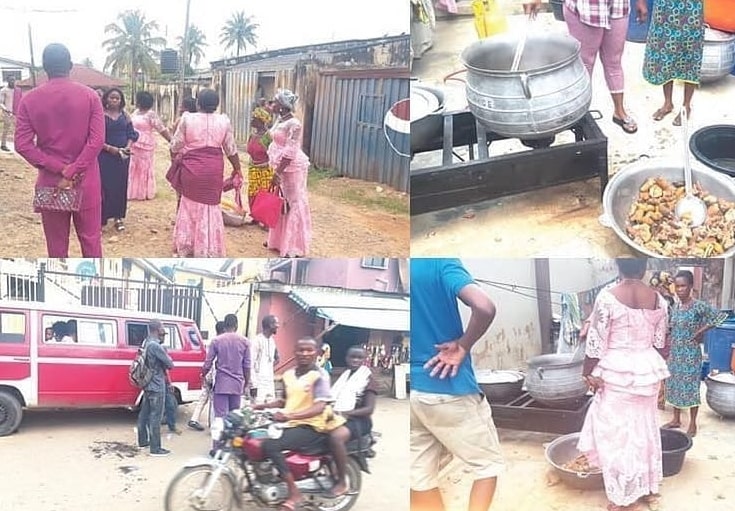 Members of the groom’s family, who had arrived from Lagos in the early hours of Saturday, were said to have been left in shock and could not understand why the family of the bride would cancel their daughter’s wedding without any prior notice.

They were said to have been told that the wedding could no longer hold and that all preparations should be suspended. The father insisted that no marriage would hold in his house and that he would not be a party to the union.

Sunday Tribune learnt that Tunji and Oluwaseun have been dating for about five years and their relationship has produced a child, who will clock five in a few months.

When pressed by Tunji’s family for reasons for his would-be father-in-law’s actions, it was said he had accused Tunji of failing to honour a meeting with other members of the family on Friday, a development which left them with no option but to cancel the wedding.

Sunday Tribune gathered that Tunji arrived at his fiancée’s family house on Friday evening with no inkling that his wedding would be called off the next day.

According to him, he arrived in Ibadan on Friday morning and was asked by the bride’s father to come for what he described as a crucial meeting with other members of the family, but failed to meet up with the 1p.m appointment due to other engagements.

He claimed that he arrived late at his fiancée’s house on Friday, but no one told him the wedding had been cancelled as preparations for the next day had begun.

He claimed that he had no problem with his fiancée’s father and could not understand why such a drastic action would be taken without his being informed. He added that his wife to-be could not explain the rationale behind her father’s decision.

“This is shocking. I don’t believe this is truly happening, because my wife and I had no issues at all and I can’t remember having any issue with her father. In fact, I sent money to her father last week Thursday as part of my contributions towards the wedding,” he said.

Distraught Tunji, who was almost moved to tears while speaking with Sunday Tribune, said no one could explain to him what went wrong as things were still not cleared to him as of the time he was talking.

According to him, “I asked my father in-law what went wrong; he told me that I failed to honour a meeting yesterday. I tried to explain to him that I was extremely busy making sure that everything was in place so that we could have a smooth celebration.”

Asked what his next plans would be, Tunji simply said: “ Right now, I just want to forget about this drama and cool off. I will think of the next thing to do when I wake up tomorrow.”

Also speaking with Sunday Tribune, Tunji’s elder sister, Abibat, who came to Ibadan with about 15 persons, including family members and friends, said she was disappointed by the actions of the bride’s family, adding that:

“You can imagine the excuse that they gave for the cancellation of the wedding. I have never seen any family that is as irresponsible as this. I don’t blame them; I blame our son, who took the wrong step. The wedding is over and we will be going back to Lagos anytime from now,” she lamented.

Another member of the family, Olayinka Ogunbajo, who brought the wedding cake from Lagos said the family members met the father of the bride on their arrival from Lagos with the cake, saying “the father told us where we would keep the cake on Friday. He welcomed us heartily into his house and there was no reason for us to think otherwise. On getting here this morning, we were told that the wedding had been called off. I am speechless.”

At the bride’s family house in Oshodi area of Felele Rab, where Tunji in company with his friends and family members were told that the wedding had been cancelled, residents and other well-wishers lamented bitterly.

The atmosphere was pensive when Sunday Tribune arrived at the house of the bride as no one was willing to disclose what had happened. People could be seen muttering words that suggested that all was not well between the two families.

Some members of the family were seen moving their gifts and other foodstuffs back into their cars as they blamed the bride’s father for ruining their day of joy.

However, some residents of the area cashed in on the moment as they were seen with polythene bags filled with cooked meat meant for the celebration.

One of them, who spoke with Sunday Tribune, said since the wedding had been cancelled and everybody was confused, “their pain is our joy”.

Efforts to speak with the bride’s father proved abortive as he declined comment when Sunday Tribune approached him for his reaction in his house.

His response was “I am not ready to talk to anybody. Please go.”