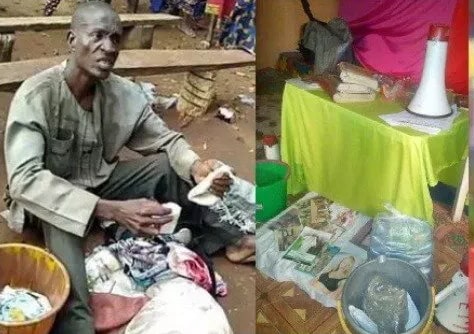 A fake pastor who has been secretly collecting female undies for a while now has been arrested in Edo state.

The Pastor who is popularly for early morning preaching was confronted by some members of the State vigilante and asked to show the content of a Ghana Must Go sack he was always going about with.

To the surprise of many, different types of female under wears were found in the bag.

The discovery forced those who arrested to carry out a search in his church were more pants and bra were discovered.

Watch the short clip of his arrest below