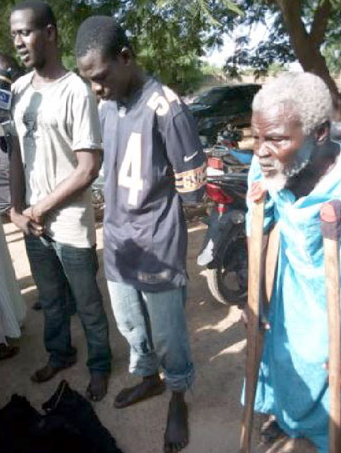 Police in Katsina have apprehended an herbalist and 2 suspected ritualists who plucked out the eyes of a mobile police man in Jos Plateau state.

According to the state’s Police Commissioner, 80 year old Ussaini Musa, an herbalist told , 35-year-old Sani Abubakar and 28-year-old Muhammed Abubakar to get human head and eyes to help them make an invisible jacket they planned to use for a robbery operation.

Sadly, Katsina based Sergeant Umana Ishaya who was on special duty at Operation Safe Haven in Jos fell into their hands.

The suspects in their confession said they plucked Ishaya’s eyes out while he was still alive before they beheaded him.

The eyes of the victims were among the exhibits recovered from the suspects.