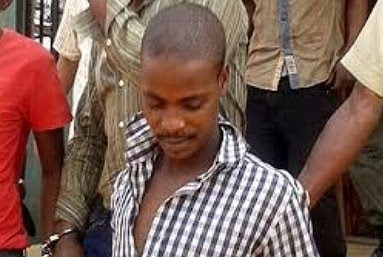 A randy police officer accused of impregnating a teenage suspect in Edo state last year has been arrested and remanded in prison custody.

33-year-old corporal Michael Eriarebhe stationed at Okhoro Police Station in Benin City Edo state last year (May 15)  took advantage of an unnamed 16-year-old suspect, raped her and got her impregnated while in police custody.

He was over the weekend charged with one count of having forceful carnal knowledge of a minor at an Oredo Magistrates’ Court in Benin.

The officer was on Saturday remanded in prison as Magistrate I.U Iyioha adjourned the case till the 11th of May for hearing.