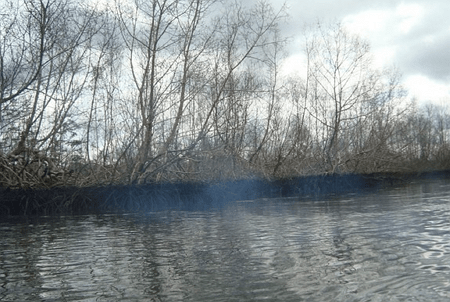 A civilian and two policemen have been abducted by Sea pirates in Andoni Local Government Area of Rivers state.

The victims were said to be returning to Port Harcourt, the state capital early hours of Tuesday before they were ambushed on Andoni river and kidnapped.

The incident reportedly happened between 6 and 8 am.

Spokesman of the Police Command, Nnamdi Omoni, a Deputy Superintendent of Police(DSP), who confirmed the incident, said the whereabouts of the victims were yet unknown but assured that the Police were on top of the situation.

” I can confirm the news, it is a worrisome development, but man hunt has already been stages against the criminals, and I can assure the public that the victims will be released unhurt in no time.”

A source from Andoni area, who broke the news, said:

“Two police officers and a boat driver have been kidnapped on Andoni river this morning.

“The boat laden with passengers was heading towards Port Harcourt before sea pirates ambushed them on top of the sea and disembarked other passengers, before taking away two police officer onboard and the boat driver to unknown destination.”

Continue Reading
You may also like...
Related Topics:kidnap, Policemen, rivers