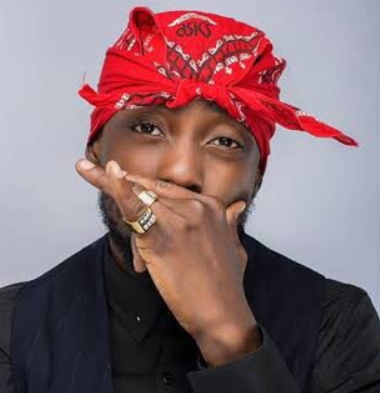 Top rapper Erhiga Agarivbie aka Erigga, has explained why he doesn’t want to go back to his struggling times as a youth.

This was contained in a new documentary by DW International Correspondent for West Africa, Fanny Facsar.

The documentary revealed how he lived rough, sold marijuana and even spent some time in jail.

“I never want to go back to that but I just want to be a voice for the struggling youth in that lifestyle,” he said.

“I was once into hard drugs which I will never go into again in my life then I realize I wasn’t supposed to be doing this but I found myself in that life style because of the struggle in Warri. Then I dropped the lifestyle and I picked up the microphone.”

However, since he got out of jail, he said he met people who supported his musical career and he’s so proud of what he has achieved so far.

“All I ever wanted is to give my people voice, what I rapped about is basically the struggle every Warri boy, Niger Delta youth go through every day of their life but they can’t say it out.

“Yes as it is said in the lyrics of my song Motivation, the toughness brings out the best in you. Gone are the days when there is nothing to eat. You just have to be strong to survive because there is no opportunity here in Warri.”

Erigga was born and grew up in Warri, Delta State. He started music in 2010 and has worked with several producers, PFizzy, Snow Man and Phizy Joe.

His song, “Mo Street Gan”, became Radio Continental’s theme song. In 2017, Erigga released his album, ‘A Trip To The South’ which featured Orezi, Skales, Duncan Mighty and many others.

And in 2018, Erigga released another hit single titled Motivation featuring Victor AD. This song has gained over a million views on YouTube and made him global.