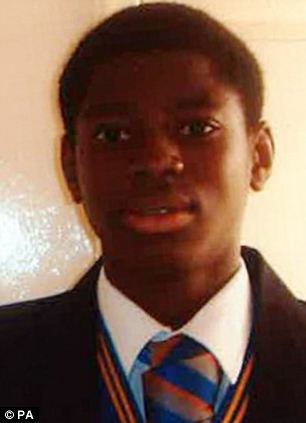 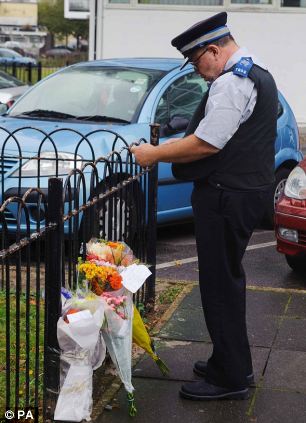 A 14-year-old girl ‘set up’ a Nigerian schoolboy to be stabbed to death by her boyfriend after a row over football. She called her 16-year-old boyfriend to a housing estate in Brixton, south London, where he killed keen footballer 15-year-old Junior Nkwelle.

Junior and his friends had been playing football on a grassy area when an argument broke out. The youngster was stabbed in the chest after the older boy arrived on a bus and started fighting with him. He died on the makeshift pitch on the Loughborough estate in September, last year, after the knife cut his heart and a lung.

The alleged killer girl and her boyfriend, who is now 17, deny murder.
Jonathan Turner, QC, prosecuting, said it was likely Junior and his alleged killer did not know each other and there was no quarrel between them. Mr Turner said: ‘He (the defendant) had been telephoned by his girlfriend and told to come to the estate to teach Junior Nkwelle a lesson.

‘There had been an argument between her friends and Junior’s friends whilst the football was going on. ‘She thought that Junior had insulted her or been less than respectful to her.
‘She was very angry and determined that he should be punished – indeed stabbed – to put things right.

‘She called up her boyfriend and was heard to tell Junior that she had arranged for somebody to come and stab him.’
Mr Turner went on: ‘He (the defendant) was encouraged and requested by her to come and do this. ‘Indeed, to use an old-fashioned phrase, was “set up” by her to do this.’

Mr Turner said the children had been arguing earlier in the evening. It might have been because the boys were thought to be playing too close to flats or that the girls were walking over the pitch. ‘Whatever it was, it seems to have been stupid and trivial and completely unnecessary,’ he added.