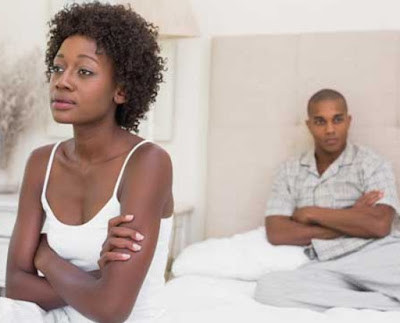 The troubled marriage between one Sunday Okafor and his wife Adetola Okafor was today dissolved by an Igando Lagos Customary court.

40-year-old Adetola whose unfaithful husband of 13 years was exposed after she found photos of his secret wife and child on Facebook approached the court for marriage dissolution.

The mother of three who described her now estranged hubby as an ingrate said he married him in 2004 when he had nothing.

Here is what she said in court today: 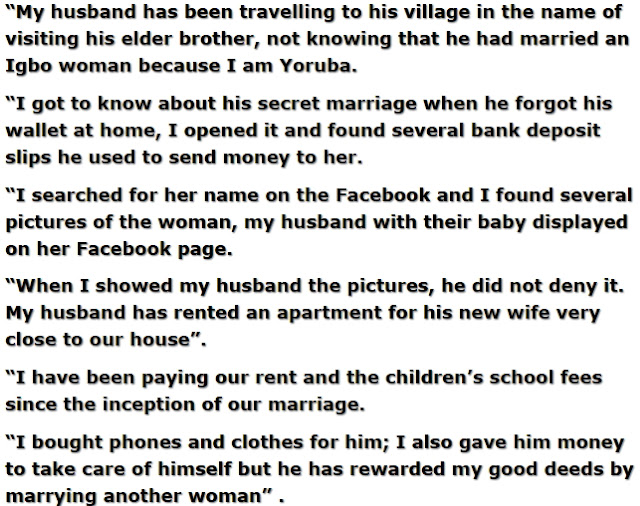 However Mr Sunday Okafor who said his wife of 13 years is a dirty woman blamed her for pushing him into adultery.

Here is what Mr Okafor said in court today:

After listening to both parties, the court’s President Mr Omilola Adegboyega dissolved the union.