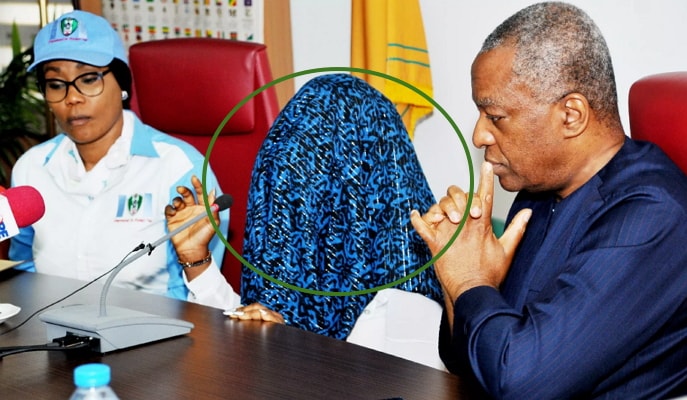 A victim of human trafficking who was recently rescued in Saudi Arabia has narrated how young Nigerians girls in Saudi were raped and made to work 18 out 24 hours as house maid.

The veiled victim revealed this while narrating her ordeal at the ministry of foreign affairs in Abuja.

She said she left for Saudi with other girls in December 30, 2017, and went through hell in the country before being rescued by the National Agency for the Prohibition of Trafficking in Persons (NAPTIP).

The victim said many were made to sleep in very poor condition and not paid in accordance with what the trafficking agencies promised them.

“It all started through a friend who claimed that she was living in Dubai. She introduced me to a woman agent in Abuja. I was living in Lagos and was later invited to meet her in Abuja,” NAN quoted her to have said.

“When I came, I was taken for a medical check-up in Dr Wada’s hospital. The agent promised that I would go to Saudi as a sales girl and that I would be earning equivalent of N150,000 there.

“Everything was processed through her and when we got to Saudi, it was a different thing entirely, my passport was seized and I ended working as a house help.”

She reportedly said when the condition became unbearable, she called the woman and said that she could no longer cope but the agent said she could not leave and that she had to pay N1.7 million before regaining freedom.

“And if I could not pay I would have to work for two years, so I contacted a journalist friend who contacted NAPTIP that contacted the Nigerian Embassy through the ministry of foreign affairs.”

“I want government to assist those other girls that are stranded because it is not easy. Nigerian girls are passing through hell in Saudi, there may not be work in Nigeria but it is better to stay back.”

“I went through physical torture because my boss and her children beat me when I said that I wanted to go back to Nigeria.”