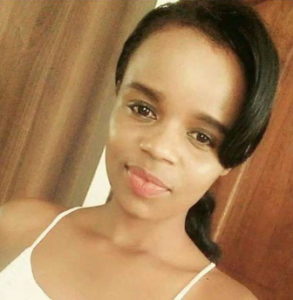 A Kenyan woman has ended her own life mysteriously.

28-year-old Jackline Ngugi, a resident of Bamburi area of Mombasa in Kenya took her own life on Wednesday night by hanging self to her room ceiling fan.

Her neighbours were alerted after her 24-month old baby refused to stop crying.

When they checked up on him, they were shocked to find the lifeless body of Ngugi dangling from the ceiling.

Police were immediately alerted as the baby was rescued by one of the neighbours.

“God forgive me. This was not my will neither my wish. Fight for my blood God. Watch over my son. I have taken my life. Mum forgive me, I did not want any of this to happen to me. Take care of my son. God be the judge and fight for my innocent blood. If they drove me to this be the judge”.

Investigation in ongoing to establish whether she killed herself or someone killed her.