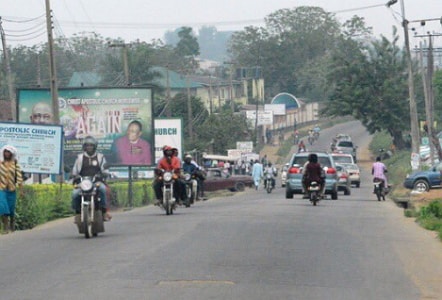 A Federal High Court sitting in Ibadan today ordered the Nigerian Police Force to pay N10 million as compensation to the family of Alidu Hakeem, a commercial driver, shot dead by a policeman at Saki, Oyo State.

Alidu  was shot dead by a police inspector, Ifeayin Onynbu on March 9, 2016 along the Saki-Okere International Market road in Saki.

The son of the deceased, Afeez, instituted a suit on enforcement of fundamental human rights against the police.

Joined in the suit are the Inspector General of Police, Oyo State Police Commissioner, his Deputy and the Saki Police Divisional Headquarter.

The plaintiff had prayed the court to award N500 million as compensation for the unlawful killing of his father.

In the petition, the plaintiff said his father was shot in the head by Onynbu for refusing to give him an additional N100 bribe after he had collected the usual N100 paid by all commercial drivers at the police check point.

Justice Nathaniel Ayo-Emmanuel held that everyone has right to life and that deliberate killing of any individual in the society is against the law.

The judge held that Onynbu’s refusal to contradict or challenge any of the arguments and exhibits tendered against him meant that the court would accept them as the truth.

“The applicant in this case has proved beyond reasonable doubt that Insp. Ifeayin Onynbu, the fifth respondent, committed the crime because he did nothing to defend himself despite the fact that he was aware of the case.

“There is no evidence before the court contradicting the facts presented by the applicant in the matter.

“I therefore believe same to be the true reflection of what happened before life was sniffed out of the deceased.

“It is evidence from the record before this court that the applicant’s father had three wives and several children.