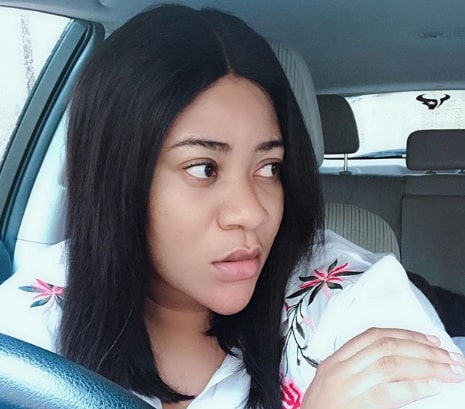 What is the movie ‘Unsane’ about?
The movie is about a particular guy who has medical issues but he’s not aware of it, most time he acts like a complete idiot; even though I am not willing to give out much about the coming movie until it’s out, I would only say it’s a fantastic movie Nigerians should look out for because it’s going to make you stay glued to your TV from start to finish.

Why is the title ‘Unsane’ and not Insane?
Well, that’s because of the purpose of the storyline, using insane as the title will not be appropriate because insane in actual sense means a complete mad man which differs from our own title ‘Unsane’, the fact that the character in the movie is normal but sometimes act weird; that is the plot twist in the movie. I would have gone for the title ‘Complete Idiot’ but I wanted something unique and a straight title.

So what is the language structure of the movie?
The movie is shut in complete English language because I don’t think we spoke up to 10 percent of Yoruba throughout the shooting. It’s just time to raise the game in the industry and we seriously getting there.

Is it a cinema job?
For now, I can’t say that but since we commenced the shoot, I can see that I am shooting a huge project that needs huge viewings which might be going to cinema.

What is the estimated budget of the movie?
Quite a lot of money; so I can’t really put a peg amount on it. We have spent a lot and still spending.

A lot of people still consider you as an upcoming thespian; how does that make you feel?

I get that a lot, but I’m not actually moved by that because as long as people appreciate my creative works, I’m good to go. I won’t allow such remarks to deprive me of giving my best at all times. I have been in the industry for quite some time now precisely between 2008 and 2009. I have been in the industry for say 10 years, so if you are in that category of people that still tag me upcoming that means you have not been watching well. It took a lot of hard work to be where I am today and I appreciate God almighty for his immense grace.

It took you seven years to be known after the movie, ‘Omoge Lekki’, shot you to limelight, what do you think you did right in that movie?
For me, I think social media really helped my career a lot, most especially the Instagram platform because I talk a lot on social media and maybe that is more the reason a lot of people have tagged me ‘drama queen’ for which I don’t care as long as I am getting the attention that I need.

It’s believed that even when drama queens get into serious relationships, they naturally calm down, are you that emotional too?
I am a drama queen when I’m on set or off set because I don’t like to be cheated, but that does not mean I’m not submissive or I can’t be tamed.

So what can a man do to tame a person like you?
Maybe with N500million, the deal is done.

You’re buxom and endowed with remarkably large backside, how do you feel when men’s patronage gets overboard?

The honest truth is that I am used to such compliments because even while we were filming a street scene and I was required to walk around; a lot of passersby were just screaming, but because such is already part of me, I did not mind because I won’t remove that part of my body.
The remarks don’t even embarrass me because I know I have got a beautiful ‘backside’ and I can’t be unhappy with what God gave me.

How do you feel when people tend to appreciate your curves more than the beauty itself?

They have no choice than to see the curves before the beauty because it is obvious and cannot be hidden; you cannot hide God’s blessings and I am very comfortable with it at all time. I have always been comfortable with my body from day one. While I was growing up, I was very skinny but a very big ass and now while growing up, I have a bigger body and all my body parts rhyme together and the fact is God gave me perfect fat legs to carry the big behind.

You slipped at the City People Movies Award; how did that happen?

My colleague, Jumoke Odetola, won the Best Actress category for which I was equally nominated, so I went on stage to cheer her up and while coming down the stairway, I didn’t know where a glass cup came from and it gave me a cut on the leg.

How did you feel that after the fall, you won the next category that was announced?
That is what I call grace because when I had a fall, the award raised me up.

Didn’t you feel embarrassed when you fell?
I was not because with the blood stain on my leg, I walked majestically to the stage to receive my award. When I fell, I thought it was normal, but it was not as so many enemies were in front of me who did not even stand up to assist me. Those that I know and won’t like to mention their names were even laughing at me.

Some have also said that shortly after comedian, Woli Arole, slapped you; a miracle Toyota Venza became yours…
Woli Arole is my very good friend and to correct that impression, I bought my car in the US and it took two months to get to Nigeria. All the while my car was on the way and the slap came in between.

What is your present relationship with Ghanaian actress, Juliet Ibrahim?
I did her wrong, I’ve apologized to her and moved on, but she blocked me and that’s her business. I am at peace with myself because I did apologize and she never accepted it.

Have you met her before?
Not at all

Can you invite her to your movie set?
Of course, I will, if she answers.

Do you still have a dream role you want to play?
Yes and that is the role of a mad woman because I want to portray myself as a versatile actor; I have played quite a lot of roles and also I look forward to playing a Ghetto kind of role where I will showcase the rough side of me.

What would you consider the most interesting part of your job?
There are a lot, but the one I appreciate more was when I was paid in dollars in the movie ‘Ghost and the Tout’ produced by Toyin Abraham.