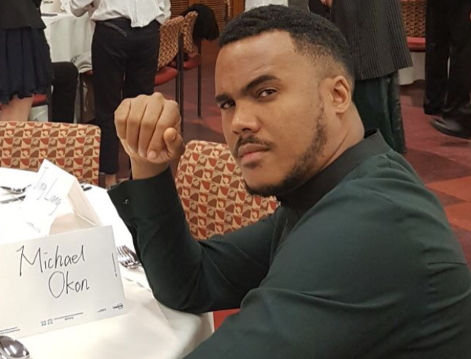 Handsome Nollywood actor Michael Okon has found himself at the mercy of UK-based Stella Dimoko after he hired lawyers to take her up when she accused him of using someone’s credit card without authorization.

Mr Okon who is popular for his undying love for women (both married and singles) was last week called out for breaking the home of a married woman whom he dated and impregnated.

He allegedly abandoned the married woman and her baby even after her husband divorced her.

Since the alleged adulteress delivered his love child, the actor is yet to set his eyes on the girl or her mother.

In order to stop the damaging effect of the gossip started by Stella, Mr Okon ran to his lawyers to slam Stella with a N500million defamation lawsuit.

In retaliation, Stella took to Instagram today to expose more dirty secrets of the actor.

Here is what she wrote: 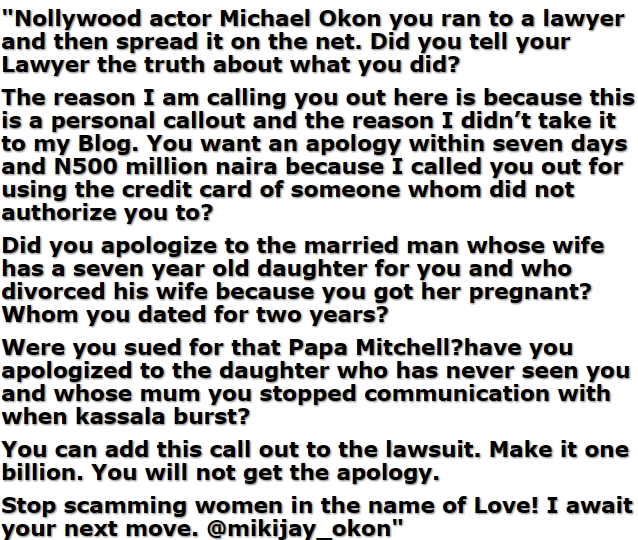 This explains why Mr Okon said he is not rushing into marriage.