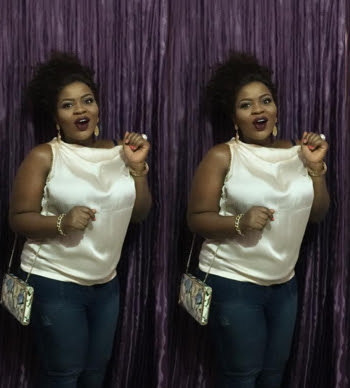 Have you ever wondered why Nollywood actress Bimbo Thomas is yet to flaunt her boyfriend? keep reading we will tell you the reason behind her secret romance.

The actress is reportedly dating a US-based Nigerian who is yet to finalise his divorce.

According to a reliable Nollywood source NaijaGists.com contacted when her pregnant story broke yesterday, the Omo Ghetto star is over 3 months pregnant.

In order to keep the public eye away from her growing baby bump, the actress has shelved the plan to dedicate her new clothing store in Yaba Lagos.

Our source said, Bimbo Thomas has told few of her trusted friends that she will soon leave Naija for the United States to deliver her baby.

The source also said the Americana has promised to marry Bimbo Thomas after she delivers her baby.