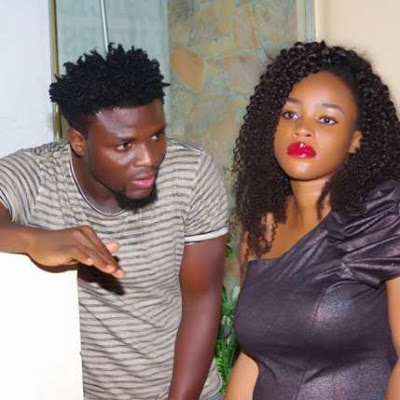 Is your husband in full support of your career?

Hmmmmmm no! Not really! Why am I saying no? Financially, my husband has been trying, but can you imagine a case whereby someone gives you money to do something but still not happy about it? I don’t know if I should call it a sense of insecurity, but really, I don’t know. I’m sure if I wake up tomorrow and tell my husband that ‘babe, see I just got a new job, I’m dropping acting’. He will definitely jump up for joy. He doesn’t like the fact that he is not always at home and I would not always be at home too. But come on, it’s what I love doing.

Aside acting, what other things do you do for a living?

I just want to be truthful on this. I’m doing strictly acting. I do ticketing business, but you know, what you love will overpower every other thing you do. I used be in buying and selling, then I opened a boutique but I had to shut it down later because my passion was not in it. I hate when people owe me and I will be going ‎around chasing them for my money. Basically, Bose Alao Omotoyosi is a full time actress.

I know you have so much love for children, are you planning to have more?

You still look beautiful after four kids, what are your beauty routines?

Have you ever been sexually harassed by anyone in the industry?

Yes, in fact, many times. Even after marriage, there’s this guy who constantly harassed me because he’s a producer. I told him to stay clear off me not because I have money but I have always been myself even before I started producing. But I won’t say literally it’s the reason why I’m not where people think I need to be just because I don’t do what everybody is doing. But I have been harassed several times and I don’t want it to happen again, because I can slap somebody.

What is that thing you cannot be caught doing?

I’m not into fighting or keeping malice. Though, I can be crazy sometimes, I will still come back to say sorry.

What major project do you have for 2017?

I’m shooting ‘Chauffeur’, ‘Fox’, and ‘Blank’. By January I will start the shoot with some delectable actors in the industry. I have another project of setting up my own film school. I just broke the news for you and that is the main thing on my mind at the moment.