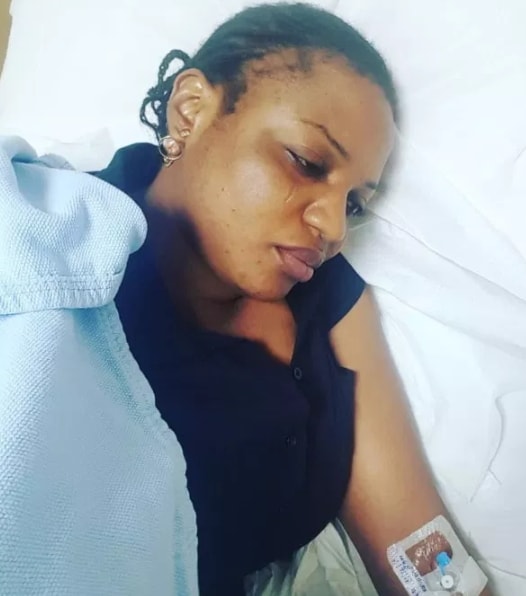 Popular Nollywood actress Funke Adesiyan who ventured into farming two years ago is counting her losses after some Fulani herdsmen allegedly destroyed her watermelon plantation during harvesting season.

The actress few hours ago took to Instagram to share photo of herself on hospital bed in China after she received a call from home that some herdsmen and their cattle invaded her 5-hectare farmland and destroyed all her watermelons.

The Ibadan-based actress said Nigerian youths are trying their best to become great but the government of President Buhari is not doing enough to help them resolve the herdsmen menace. 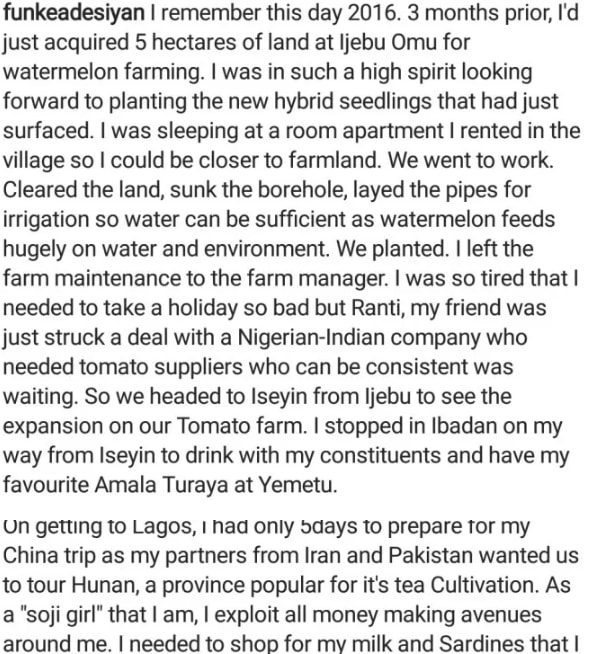 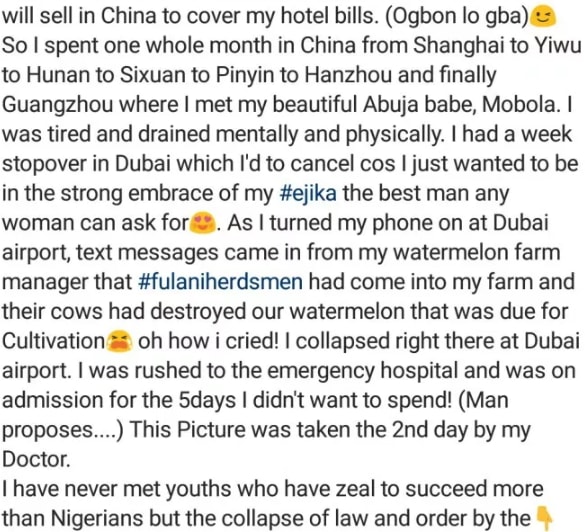 Funke Adesiyan, a staunch supporter of the People’s Democratic Party is a top critic of Buhari’s administration.

The actress didn’t talk about the incident which happened back in 2016 all this while but remembers to do it just before Nigerians head to the poll.

She will make a good politician.

Kenneth Okonkwo Urges Igbos To Vote For Buhari Or Have Their Hope Of Better Country Dashed
Mother Burns Son’s Hand With Hot Coal For Stealing Food From Neighbour’s Pot, Says She’s Teaching Him A Lesson