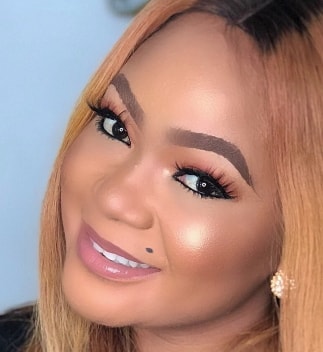 Popular Nollywood actress Rachael Okonkwo in this interview with Yetunde Oladeinde, talks about her humble beginning, achievements, challenges and more.

What was it like at the beginning of your career?

I was disappointed at that point but I still didn’t give up. I thought of what next to do and another opportunity came my way. I joined the music industry as a dancer and found it also very interesting. That was a great inspiration and motivation for me. I danced and danced until people started calling me ‘ote egwu’ because I appeared in most gospel music videos in the market
then. That gave me the courage that I needed and I went back to Nollywood and continued acting until the movie ‘Nkoli Nwa Nsukka’ came and gave me the breakthrough that I needed.

Were your parents in support?

I lost my father at the age of 13 and so he was not there at that point. On her part, my mother did not support my acting career initially because she felt I was not on the right track. So, at that point, she was really disappointed with me. But after a while she switched from being disappointed and she became my biggest fan and supporter. Her prayers and that of my siblings and fans actually keep me going.

Apart from acting, what are the other things that occupy your time?

I am into property management. I buy and sell properties. There are lots of opportunities in the sector and it has brought out the entrepreneur in me. All you need is to be determined, focused and know where you want to be in the sector.

What was your early life experience?

Looking back now, I must say that growing up was not rosy at all. Perhaps, this could be traced to the fact that I lost my father early in life. There were so many hurdles to cross but I was really determined to make it against all odds. It was really tough and I remembered that I hawked corn, groundnut and did all kinds of menial jobs just to survive. At that point, I wasn’t even looking at the tough times; all I saw was the determination to help my family. In spite of everything that I went through, I made up my mind that I was never going to lose focus.

What was the dream at the beginning? Did you see yourself becoming this popular?

Not really, I didn’t imagine it will be this way. Even though I always believed in myself, I must confess that fame actually took me by surprise. I give God all the glory.

Let’s talk about some memorable moments as an actress?

There are so many memorable moments and they all encourage me to keep pressing forward. One of my best moments during the shooting of a movie titled Nkoli Nwa Nsukka season five and six. Interestingly, we got to the location; I was amazed at the crowd that flooded the place. It got to a point where the people refused to go and they did not allow me to shoot because they had seen the other movies and were excited to see me live. I never knew I had become that popular and had a lot of people who admire me so much. In fact, I ran back inside the car and started crying, though it was actually tears of joy.

What do your fans mean to you?

They mean a lot to me and I appreciate them for always being there for me. As for the stubborn male fans, I try to manage them very well because I also see them as my well wishers. The truth of the matter is that without people like them, we won’t feel appreciated. I also pray for them all the time. God will always bless my fans for me.

There are also a few embarrassing moments and I think they are all part of the excitement. I remember a day that I came out of my car to make some enquiries and on noticing I was the one, the young man jumped up and kissed me right on my lips. Interestingly, this actually happened in traffic; there were so many people around and people saw it. I can’t forget that day in a hurry. I felt so embarrassed that and I felt like disappearing from the scene. Anyway, I had to accept that it was one of those things.

What inspires the things that you do?

A lot of things give me inspiration for the things that I do. First, I am inspired by God, children as well as the love for humanity. I must say that nothing gives me joy like touching lives positively. One principle that I hold onto is to be myself. I don’t like to copy others because I strongly believe in myself. Life is about contributing your quota, touching lives and leaving a good legacy behind.

What do you do to give back to the society?

If you take a look around today, you would see that there is so much that you can do for your society. So, I would say that this is something that really excites me. Recently, we had a project that was aimed at reaching out to the society. It was called Nkoli Nwa Nsukka Children’s Easter Carnival.

The event is actually a big carnival where we have not less than 20,000 kids in attendance. There are lots of gifts such as bicycles, school bags, food items, clothes, books and other writing materials for the young ones and you can imagine the excitement that you bring to their faces and their lives every time you do this for them.

For me, this is one of the ways that I have chosen to give back to the society. It is also my own way of appreciating all that God has been doing for in my life.

So the project is actually meant for children alone?

Yes. The program primarily focuses on the children but because their parents and siblings usually bring them to the arena, they also join and together, we have fun and virtually everyone in attendance goes home with gift items. The next edition of the program is likely to be in Lagos.

Tell us about your definition of an ideal man?

Personally, I would say that my definition of an ideal man is somebody who understands me more than all the men in the world. It has to be someone who understands the nature of my job and he must be hard working. He must also have the fear of God in him. The truth of the matter however is that no man is perfect but, I give kudos to those men who really try.

Where do you hope to be in the next five years?

At that point, I hope to go into movie production. But right now, I want to concentrate on my acting career because this is something that I am very passionate about.

Tell us about some people that you admire in the industry and what you like about them?

I have some people who are doing very well and I admire them for the things they do and the personality they project. I looked up to Genevieve at the beginning of my career, and still look up to her because she has lasted in the industry, and is still holding it down. She is indeed an icon. I also love and respect Tonto Dike very much. She is strong and passionate about her career. I can’t forget her words of encouragement the first time I worked with her, it really helped me to forge ahead. Funke Akindele is another actress that I admire so much. She is in her own world and I respect her for that. There is also Angelina Jolie whom I see as a role model too.

Did you ever encounter sexual harassment at your early stage?

No, I have not. It is not the way people talk about it.

What makes you cry?

Worship songs because they remind me of God’s goodness in my life. I can be so emotional with such songs.

How do you deal with betrayal in a relationship?

Naturally, I was heartbroken but I moved on. I picked up the pieces of my heart and moved on. You know how it feels watching someone you cherish so much leave you probably for another girl. But thank God I have moved on and someone better has taken his place in my heart.

What do you think should be done to move the sector forward?

There is so much that needs to be done and the most important thing is that we need more investors. Funding has been a major challenge for many who have brilliant ideas that they cannot push forward. Marketing is another challenge but I believe that with proper funding and monitoring of the market, we can take the industry to the next level.

Of course, there are so many who have remained steadfast in the game and I say a big thank you to them for their dedication, courage and determination. There is no doubt about the fact that the industry keeps getting better by the day.

Odunlade Adekola Denies He Didn’t Attend Lectures At UNILAG “I Worked Hard For My Degree”
Mike Ezuruonye: Dayo Amusa Introduced Me To Acting, I’m Happy She Is Still My Friend