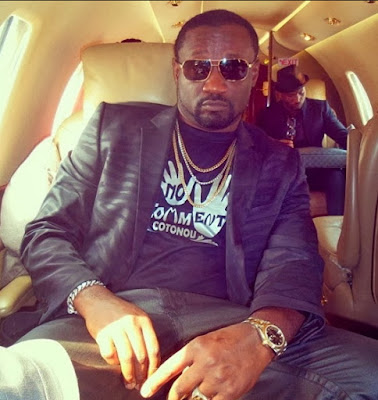 Jude Okoye Behind PSquare Split, There Will Be Psquare Tomorrow If Jude Okoye Leave Us Alone – Peter Okoye

Mr Nwangwa said PSquare’s elder brother’s  Jude Okoye’s selfishness and preference for Paul Okoye is the major cause of trouble.

“The matter isn’t surprising to some of us. The problem is Jude and the wives of the brothers; where you have three major partners and they remain together, when one tilts to the other one, automatically there will be trouble.

And Jude hasn’t been helpful. This matter has been on for long and the thing that was binding them was just their mother. The Jude factor and that of the two wives are the major causes of the trouble. When men get married, you expect them to discuss these matters with their wives.

“When I saw Peter’s tweets, I called him and even went to see him to talk to him about it. He said Jude is the problem that he doesn’t have any issue with Paul.

He told me that in a normal setting, a manager is supposed to be their employee and not the other way round, but Jude always uses his influence as their elder brother to boss over them.

He also said managers collect between 15 and 25 % of an artiste’s income but in their case they share everything equally and he’s not happy with that sharing formula. In my opinion, for peace to reign, why can’t Jude just leave them alone?

Peter has told me that if they change Jude today, there’ll be PSquare tomorrow and sadly the only person that could talk to them is their mother and she’s dead.”

Peter always felt that Jude had a natural preference for Paul and he believed it played out whenever they have to vote for songs which would be selected to make their albums.

More of Paul’s songs made the albums most of which turned out to be monster hits. As it were, their debut singles, Peter’s ‘Look Into My Eyes’ and Paul’s ‘Call Heaven’, are a test of their artistic prowess left for the public to judge.”

This is sad.!! Hope Jude Okoye will allow his brothers to be.