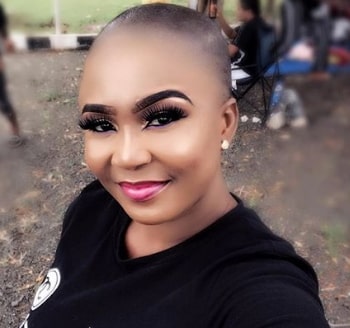 Well known Nollywood actress, Ruth Eze has just unveiled how her supposed fiance called off their engagement and introduction, because she went bald.

The actress who just had an interview with The Sun, declared that she shaved her hair to pay respect to her late sister who died as a result of a terrible marriage, but then it coincided with a role she had to play in a movie.

While speaking, she talked about how her love for her sister made her to shave off her hair, and how it surprisingly coincided with a role she had to play in a movie, which required her to go bald.

According to her, she took the job to play the role, and that was how she lost her man. 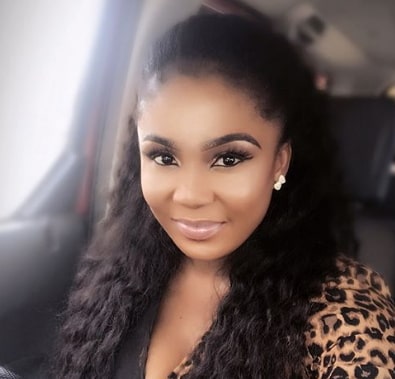 When questioned about how she is coping with her new status, she said she has moved on, and she is now more prayerful, as her eyes are now wide open.